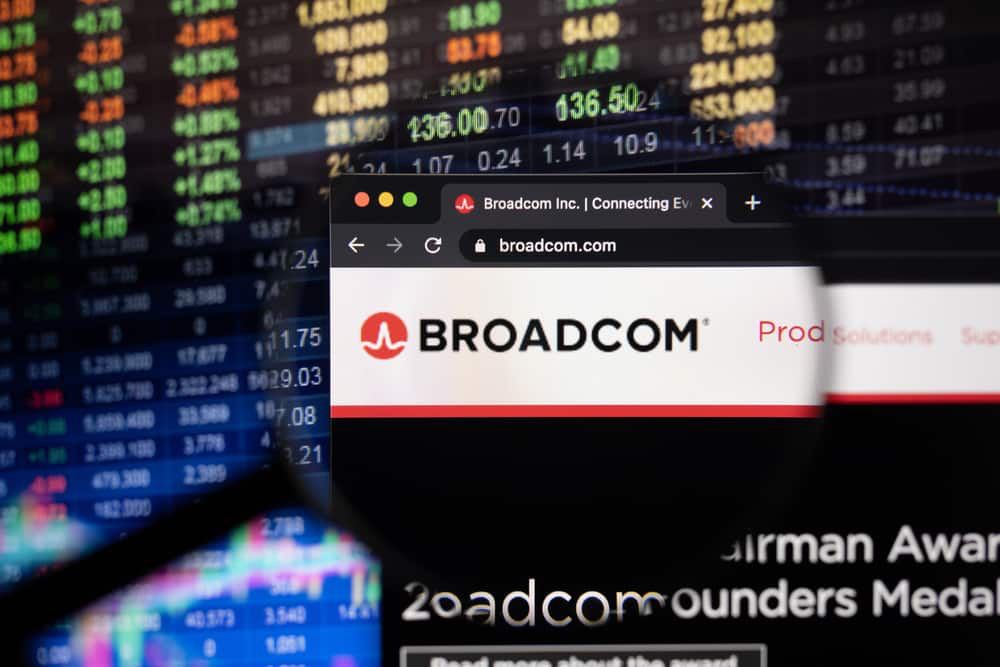 Despite the pace of dealmaking slowing down in 2022, a deal that could go down as the biggest-ever acquisition of a tech company could happen. Namely, Broadcom (NASDAQ: AVGO) is in talks to acquire the cloud company VMware (NYSE: VMW), as reported on May 23.

Currently, VMware has a market valuation of roughly $50.3 billion, while the talks are reportedly ongoing.

While shares of VMW gained 25% in the session, those of AVGO are down a total of 12% over the past five days when details surrounding the merger were surfacing.

Meanwhile, this acquisition would represent another feather in the cap of Broadcom CEO Hock Tan, who has managed to build a diversified chip company by acquisitions. As software was one of the main focuses in the previous period, the company bought CA Technologies in 2018 and Symantec Corp’s security business in 2019.

Undoubtedly, the shares of Broadcom were hit in 2022, along with other tech names, but as the charts show, it has been resilient so far. The low point for the year was in February, with shares now testing those resistance lines, falling below all daily Simple Moving Averages on the acquisition news.

Higher than usual volumes have been noted, similar to February volumes, which could indicate more volatility in share price until the news around the acquisition subsides down.

While Broadcom makes a wide range of electronics going into everything, with data centers being the growth engine, they will likely be targeting. Adding VMware, which makes virtual software for remote access will possibly allow Broadcom to target data centers from various angles.

AVGO has shown resilience and value over the past, specifically in 2022, holding its own in a market downturn. Whether the acquisition actually goes through or not should not diminish the fact that Broadcom should have a part to play in the modern economy, albeit how large that part will be will mostly depend on the variety of their services.