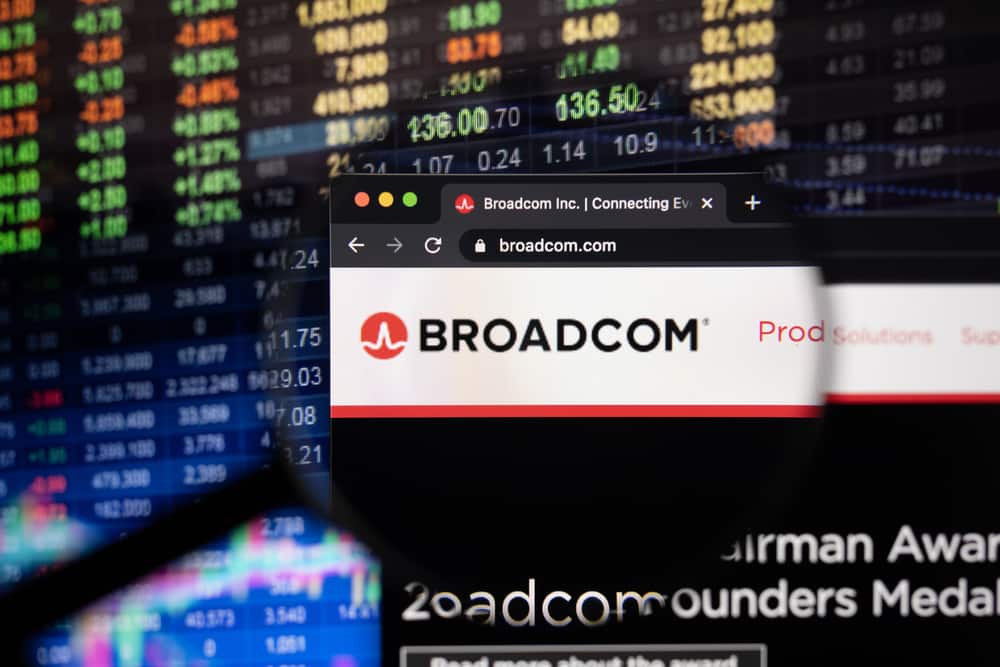 Shares of chip and infrastructure provider Broadcom (NASDAQ: AVGO) were up on Friday, September 3, after the firm recently surpassed consensus projections for its fiscal third quarter and gave an outlook for the fourth quarter above Wall Street expectations.

According to the firm’s earnings announcement late Thursday, September 2, the San Jose, California-based corporation generated adjusted earnings per share ($6,96) on sales of $6.78 billion for the quarter ended August 1. Analysts anticipated Broadcom to earn $6.88 per share on sales of $6.76 billion. Compared to last year, Broadcom’s profits were up 29%, while sales were up 16%.

Despite AVGO’s average performance in the overall market, both the medium- and short-term technical picture appears promising. There are signs that AVGO’s performance is in line with the market as it is trading around its 52-week high, as the S&P 500 Index is also trading at new highs.

Notably, the company’s shares are trading above its 20, 50, and 200-day simple moving averages, typically utilized by stock investors as uptrend indications. To be precise, AVGO has been trading in a range of $462.66 – $507.85 over the past month, and the company is presently trading around the high of this range.

As prices have been stabilizing recently, AVGO may provide a suitable setup pattern; a support zone exists below the current price at $490.78; therefore, a stop order may be put below this level. Moreover, a Pocket Pivot signal has been detected in the last few days, which is also an encouraging sign; this occurs when the price rises with volume greater than the highest down volume registered in the previous ten days.

Based on Broadcom’s performance over the previous three months, 21 Wall Street trade experts offered 12-month price projections. Overall, the stock’s average price target is $571.44, with a high $600 and a low forecast of $540. The average price forecast reflects a 14.82% shift from the previous price of $497.68.

Nineteen TipRanks experts have suggested that AVGO be bought, while two analysts have renewed their “Hold” recommendations in the past three months. It’s worth noting that none of them recommend selling. Accordingly, most experts think Broadcom to be a strong buy, with an average price target rise of 14.82% from the current price of $497.68.

Speaking with TD Ameritrade Network, Wall Street Analyst at Mizuho Securities, Vijay Rakesh, says they have a buy rating on Broadcom with a $545 price target.

Additionally, when questioned about Broadcom hitting a $545 price target, which is just shy of a 10% gain from where the company’s stocks are now, and their relationship with Apple, Rakesh responded:

“I think Broadcom is definitely one of the bigger suppliers to Apple (NASDAQ: AAPL) on the iPhone. They’re getting shared on the iPhone as well. So it pushes them pretty well in front of this iPhone launched only mid-September late September kind of launch on the iPhone products, so I think definitely a good player there.”

Momentum to continue in fourth quarter

“Broadcom delivered record revenues in the third quarter reflecting our product and technology leadership across multiple secular growth markets in cloud, 5G infrastructure, broadband, and wireless <..> We are projecting the momentum to continue in the fourth quarter.”

In addition to that, Broadcom’s earnings were bolstered by a resurgence in smartphone construction, in particular, because of the success of the iPhone. However, it remains to be seen how much supply restrictions at contract manufacturers will continue to limit Broadcom’s upside potential in the future.

Finally, the firm has been placed on our best 5G stocks list due to solid technical and analyst projections based on the opinions of experienced trading professionals.