During an exclusive interview with Finbold.com, 2020 US presidential elections candidate Brock Pierce expressed his views on the future potential of blockchain and cryptocurrency sectors.

Pierce highlighted the importance of using blockchain to boost financial inclusivity. He believes that the US leadership should focus on such technologies to remain at the forefront of innovation and technological implementation.

The presidential candidate also explained how the existing crypto uncertainty is making the US lose out to other regions like Asia and Europe. Here is what he said about various issues related to blockchain and cryptocurrency.

Blockchain implementation in the US

Blockchain presents many short and long-term implications for the US economy and daily livelihoods. Pierce believes that the internet can deliver value and trust provided that blockchain is at its core.

Blockchain is a system of governance that in the long-term can enable democratic systems to be more democratic. The presidential candidate commented:

“From a voting perspective, there are clear implications here. You already have pilots in the United States, where this technology is being used at a local level. Long-term, blockchain will allow us to solve one huge thing that has always been a holy grail of ideas; digital identity.”

The current internet allows users to copy and paste resulting in plagiarism without acknowledging the original content creator. That form of internet erases a reliable form of digital identity.

But with blockchain, tokenized systems can be created where nobody can take another user’s digital ID without their consent. If this technology is integrated seamlessly with the internet, it is possible to upgrade voting systems. That upgrade can eliminate anomalies and rigging during the voting process.

Considering the currency perspective, it is evident that putting fiat currency on a blockchain has great utility; like the Tether (USDT) case. Data shows that Tether is doing almost 10 trillion dollars annually in transactional volume.

The massive use of Tether indicates that there is a demand for such a thing. Although issues are affecting Tether the organization, as a proof of concept, it is clear that there is an increasing demand for USDT.

In the past three years, various governments around the world have been implementing pilot projects to test blockchain technology. They aim to modernize and enhance how their currency can be used.

Pierce believes that the US should evaluate how blockchain technology can also improve the economy.

Digital assets can underpin the economy

The dollar underpins the US economy and the country should not abandon the USD in the near-term. In the current COVID-19 times, the Federal Reserve is providing stimulus to mitigate the effects of the current challenging times.

But in the long-term, Pierce suggests that the US should consider owning something like bitcoin. Cryptos can act as a hedge against an ever-changing environment. To some extent, it can help in case anything happens to the global currency markets.

Being a crypto pioneer, the presidential hopeful said that if he wins the elections he will put all his digital assets into a trust. That strategy will enable him avoid a potential conflict of interest. Generally, he believes in innovation and when anyone succeeds in making the world a better place, everyone wins.

Everything should be evaluated on merit and with an open mind to make the best decisions possible according to the available information.

Today, there is a lot of regulatory uncertainty in the US which investors and entrepreneurs do not like it that way. Thus, many innovators are leaving the US to set up their businesses in Asia, Europe, and Latin America.

For many years, the US has been the capital of innovation and Pierce believes that it should remain that way. While responding to the issue of regulations in the digital assets sector he said:

“What you need to do is to create things like a regulatory sandbox to reduce the regulatory bar; to allow entrepreneurs to innovate. In your first two years of operations, you don’t need to have the equivalent of a banking license to innovate at a small level. Once you’ve reached a certain level of assets or a certain level of users or whatever that may be; then it makes sense that you have these very expensive sorts of licenses to be able to operate.”

Currently, there is a lack of regulatory clarity in the US and the bar to operate is significantly high. These standards are pushing innovators away from the country.

Thus, the presidential hopeful believes that adopting blockchain and cryptocurrencies will help in the economic growth of the US to greater levels. 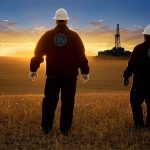