On June 20, it was announced that the highly anticipated launch of the Cardano (ADA) Vasil hardfork had been postponed, with lead Cardano developer Input Output, publicly stating that the launch had been pushed back to the end of July.

Charles Hoskinson, the founder of Cardano, in turn, took to his YouTube channel on June 20 to share some of his own thoughts on the delay. Hoskinson said the Vasil hardfork is ‘code complete’ and is practically prepared for launch.

“What code complete effectively means is you probably could flip the switch and get away with it, and certain projects would do that, but what happened after the collapse of Terra (LUNA) is that I gave a directive to a lot of the engineers to say we should probably measure three times and cut once given the nature of things.”

Secondly, Hoskinson stated following Consensus, Cardano had a lot of communication with DApp developers and others, and there was a desire to be more involved in the QA and testing processes. Many of them mentioned they required several weeks on test to experiment with these things.

According to the Cardano founder, the Vasil upgrade is not for the ‘average Cardano user’ but DApp developers; he said:

“We’re doing network enhancements, consensus enhancements with pipelining we’re upgrading significant changes to the Plutus language which is the first time we’ve ever done that with live DApps in circulation. There’s a lot of stuff here with this hardfork. It’s the largest and most significant I think we’ve ever done and it’s one where the stakes have never really been higher in that respect.”

According to the revised timeline, Input Output plans to perform a hardfork of the testnet at the end of June.

Following that, operators of cryptocurrency exchanges and stake pools will have around one month to try out the newly upgraded software. Before the hardfork can be launched on the mainnet, around 80% of trading platforms will need to be compliant with the requirements.

Input Output has emphasized that there is no such thing as an “absolute” timetable. What’s more, according to Nigel Hemsley, head of delivery and products, the hardfork, named after the Bulgarian mathematician Vasil Dabov, has been the most challenging development program to date.

It is anticipated that this would significantly enhance the network’s scalability, ultimately leading to an increase in its adoption.

The price of Cardano has not been impacted in any way by the delay. According to statistics provided by CoinMarketCap, the value of the cryptocurrency has increased by almost 5% over the previous day.

Watch the video: Charles Hoskinson says the stakes have never been higher with the Vasil hardfork 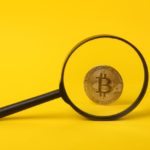