The chart reflects the performance of the Purpose Bitcoin ETF, which was launched in February 2021 following the approval of Canada’s regulators.

It shows that for the past two weeks, Bitcoin ETF investors are accumulating shares, indicating that there is still demand for the flagship crypto.

Dip not scaring off investors

Bitcoin was hitting record highs this year before it plummeted following billionaire Elon Musk’s comment that mining BTC is bad for the environment and the Chinese government’s crackdown on crypto farms.

From its all-time high of over $63,000 in mid-April, the benchmark cryptocurrency now hovers to just around $34,000, but the dip in the market has not apparently scared off investors in Canada.

In June, the Purpose Bitcoin ETF holdings hit an all-time high of 19,692.149 BTC when Bitcoin already dropped to around $36,000 dollars or nearly half of its record high.

The Purpose Bitcoin ETF is the first in Canada and in North America.

“When we launched Purpose Bitcoin ETF, we knew we were filling a void in the market. Hitting this milestone so quickly proves that investors are seeking convenient, safe access to cryptocurrencies and shows their confidence in our ETF as the premier vehicle for that exposure,” Som Seif, founder and CEO of  Purpose Investments Inc., the company behind the fund, said in a statement.

The approval of a Bitcoin ETF in Canada was anticipated to encourage neighboring countries to do the same, but to date, regulators in the United States have not yet approved a Bitcoin ETF.

“I thought that if we had applied our standards as we have applied them to other products, we would already have approved one or more of them,” SEC Commissioner Hester Peirce has commented, according to CNBC.

Peirce, who has been pushing for the approval of a Bitcoin ETF in the US, said that the rationale used in the past to disapprove such fund has become weaker, noting that the market for Bitcoin has already matured with more participation from institutional and mainstream retail investors. 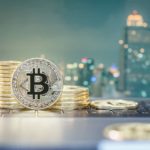