Charles Hoskinson, the co-founder of the decentralized finance (DeFi) platform Cardano (ADA), has delved into the crypto regulation debate sharing his views on how authorities should approach the topic.

According to Hoskinson, for the sector to thrive, there is a need for a regulatory regime that puts into consideration the benefits of digital assets to the masses, he said during a videocast on October 13.

“There needs to be a regulatory regime that acknowledges the existence of cryptocurrencies, views them as positive things and appreciates the liberty that they provide people. So this is the time to figure out how to put all those pieces together and create something that we can all live with, thrive in and innovate now,” he said.

Hoskinson added that with regulations, cryptocurrencies have the potential to become a financial operating system by catering to the needs of the masses, like solving the unbanked challenge.

“We want Cardano and cryptocurrencies in general to become the financial operating systems of the world and my big passion in life has always been banking the unbanked and giving the unbanked economic identity that they control that self-sovereign and ultimately global in nature and ensuring human rights, the freedom of association, commerce and expression,” he added.

At the same time, Hoskinson pointed out that the United States is making the right steps regarding crypto regulation while projecting that a comprehensive law might come out next year. In particular, he pointed out that the White House Executive Order on crypto development might merge with other legislative proposals.

Furthermore, he opined that a bi-partisan bill might also be passed in the U.S. It is worth pointing out that the U.S. Congress is currently reviewing several bills to guide the digital assets sector.

Indeed, Hoskinson, who confirmed that he is working with people at the center of drafting regulation, noted both the U.S. legislative branch and the executive had shown goodwill to regulate the sector.

As reported by Finbold, Hoskinson had earlier told the U.S. Congress that the crypto regulation debate could potentially be solved by a self-certification system while referencing the functioning of the Internal Revenue Service (IRS). 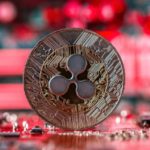