Cardano (ADA) has experienced a significant increase in the amount of ADA that has been deposited into its staking pools in only 12 hours on March 22.

Indeed, the large quantity of Cardano that inflowed into the 23 newly created staking pools was roughly around the figure of 1.5 billion ADA which equates to about $1.4 billion, at the time of publication, according to data from Cardano staking pool analytics platform pool.pm.

Noteworthy is that each pool has a stake of 62 million ADC, and the percentage of ADC coins that have been staked is over 73%, which is an impressive showing in the context of DeFi development.

“23 new #Cardano pools with more than 62M₳ stake each have been created during the last 12 hours, increasing by about 1.5 billion $ADA the total staked, now close to 74%,” tweeted poo.pm.

Pool.pm followed up by adding that the 23 new Cardano pools with about 1.5 billion ADA staked are also likely to be from the Coinbase acquired company Bison Trails.

What are staking pools

It’s worth highlighting that people can create new “pools” outside of staking on traditional crypto exchanges. Anybody is welcome to establish a new pool, as long as they have a sufficient quantity of ADA coins to begin with (pledge).

Whatsmore, anyone may allocate ADA coins to any pool up to the point when the pool is saturated. An incentive pool must first generate blocks in order to be eligible for a reward. Delegators must thus make informed decisions.

Elsewhere, the Cardano TVL (Total Value Locked) on March 22 hit $300 million, with the rising TVL and the Vasil hardfork announced for June, many onlookers expect the Cardano DeFi ecosystem to continue to grow.

Indeed, the TVL for the largest Proof-of-Stake (PoS) digital asset currently stands at $303.73 million an increase of almost 10% in the last 24 hours, according to the data from analytics platform Defi Llama.

Furthermore, the TVL for Cardano has been steadily increasing since late January 2022, after a lengthy period of decline and coinciding with the introduction of SundaeSwap (SUNDAE), the blockchain’s first decentralized exchange (DEX).

The total market cap of ADA currently stands at $32.3, an influx of almost $6 billion in seven days as investors begin to buy Cardano. 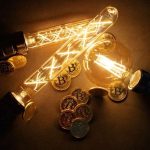