A number of milestones have been achieved by the Cardano (ADA) network in recent months; despite the progress made with the blockchain’s growth, ADA remains undervalued, according to one leading crypto analyst.

As shown by Santiment’s Market Value to Realized Value (MVRV) indicator, which was shared by prominent crypto analyst Ali Martinez, Cardano appears to be undervalued at recent price levels.

In particular, Martinez points out that the (MVRV) indicator demonstrates that Cardano, the biggest proof of stake (PoS) blockchain, has not been this undervalued since the crypto meltdown that was triggered by the COVID19 outbreak in March 2020.

“Cardano hasn’t been this undervalued since the COVID crash in March 2020! The MVRV 365D (measures the P/L of addresses that acquired $ADA in the last 365 days) suggests that ADA holders sit at an average loss of -26%.”

What is Market Value to Realized Value (MVRV) ?

When a cryptocurrency’s price is compared to its real value, the market value-to-realized value (MVRV) ratio may be used to establish whether or not the asset’s price is reasonable.

As a stand-alone statistic, MVRV is used to identify market tops and bottoms in the cryptocurrency market. On the basis of historical data, the indicator is always considered to be effective.

In general, the lower the MVRV ratio, the greater the likelihood of an increase in the price of the item under surveillance since this important indicator assesses the average profit or loss of prior addresses that purchased the asset under consideration.

The MVRV 365D, which evaluates the profit or loss of addresses that bought ADA in the previous 365 days, shows a loss of -26 percent for ADA holders.

The seventh biggest cryptocurrency by market capitalization is currently has a total worth of $39.8 billion, according to CoinMarketCap data. 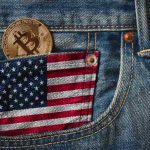