Cardano founder Charles Hoskinson has projected that due to a poor level of engineering, most decentralized finance (DeFi) projects will be extinct in the next five to ten years.

Speaking during YouTube live session, Hoskinson stated that many projects in the space rely on “a hope and a prayer” mindset instead of focusing on rigorous engineering, and consequently they won’t stand the test of time.

According to the Input-Output boss, the current DeFi projects can be considered low quality, an aspect that is wearing down users.

He noted that the low quality of the projects is evident by the total value of hacks in the sector in 2021 alone while singling out the Ethereum space for having key weak points that contributed to almost $10.5 billion in losses.

“Unfortunately, many of the projects in this space will not stand the test of time. We will see a great extinction occur in the next five to 10 years, the reason you do things right, is so that you can be around for that extinction event. Many of you are tired of the incredible cost, the lack of clarity and the low production quality of applications in the DeFi space,” said Hoskinson.

Hoskinson added that the current DeFi ecosystem is a survival for the fittest, and Cardano is evolving to set up a system that will build on current shortcomings. To enhance longevity and security, the mathematician stated that the Cardano DeFi platform is focusing more on factors like certification standards and exploring a public-private partnership.

The future of Cardano

Although the Cardano network has been undergoing upgrades for the better of the year, Hoskinson added that 2022 would be significant. He noted that the network would carry out several updates instead of a single one, including a light wallet and prism integration.

Overall, the growth has resulted in the network registering a spike under various metrics. As reported by Finbold, within a year, the number of Cardano wallets has grown over 1,200% from the 2020 Christmas figure of 190,000 to 2.5 million wallets as of December 24, 2021. The wallets potentially indicate that more people are involved in the Cardano network.

During the session, Hoskinson also introduced the Cardano DeFi Alliance (CDA) that includes various players currently developing on the Cardano blockchain. The overall goal of the alliance is to create a “robust and dynamic” DeFi ecosystem that will set the standard for the entire DeFi industry to follow. 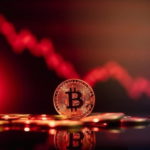