The amount of gold held in reserve by the world’s central banks has been increasing gradually over the last decade.

During this period, gold holdings by central banks have grown to almost 35,600 tonnes in early 2022, according to the International Monetary Fund (IMF).

Meanwhile, Welt’s market analyst Holger Zschaepitz took to Twitter to share a graph from his Bloomberg terminal showing that gold reserves have steadily increased since the 2008 financial crisis to rival what the reserves banks held in the 80s and 90s.

Various factors played into this new hoarding of gold; for the most part, it is the fear of inflation, but also possible risks due to the war in Ukraine and the usage of gold as a backstop for the domestic financial system.

WGC concluded their note on the survey by stating that demand for gold might stay robust for the remainder of the year, mostly for its ‘safe heaven’ properties.

“In the face of a more challenging economic and geopolitical environment, central bank gold demand is likely to remain robust, with gold’s safe-haven and inflation-hedging qualities serving to foster stronger conviction among central banks towards gold.”

On the other hand, gold could be an effective hedge as it is usually negatively correlated to the U.S. currency. This has been evident in Thailand and India being the biggest buyers of gold in 2022, as per IMF data.

As experts and central banks expect the demand for gold to grow, and as most market participants hail the yellow metal for its safe-haven store of value abilities, it is difficult to make a case against gold.

History has shown that gold usually performs well during times of crisis, which it did for the most of 2022; yet, relying on a single asset class to pull investors through tough times should rarely be a strategy of shrewd investors. 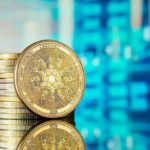