Jeff Bezos leads, having offloaded shares (NASDAQ: AMZN) worth $4.9 billion ahead of his planned exit as Amazon’s CEO. Facebook CEO Mark Zuckerberg has sold $1.2 billion of his stock. Cumulatively, the two executives have offloaded $6.1 billion worth of shares from their respective companies.

Why Bezos and Zuckerberg leads in  selling activity

Bezos holds the top spot reflecting his 2017 commitment towards selling at least $1 billion of his Amazon stock annually. The proceeds are part of funding his rocket company Blue Origin. Furthermore, the money will go towards his $10 billion Earth Fund to combat the effects of climate change. The fund will issue grants to scientists, activists, and other environmental organizations.

Although Bezos will join the Amazon board, the CEO will be transitioning to manage his private venture. In February, Amazon announced that Bezos would become the company’s board executive chair and step down as CEO by Q3 2021. Amazon Web Services head Andy Jassy will take over as CEO.

The executives sell their shares for various reasons, but charitable causes cut across most of them. For the case Zuckerberg, the Facebook CEO in 2015, committed to giving away 99% of his shares to charity initiatives throughout his lifetime. Alongside his wife, Dr. Priscilla Chan, they formed the Chan Zuckerberg Initiative to manage the money to focus on personalized learning, curing disease, connecting people, and building strong communities.

The sales come in the wake of tech sector stocks surging to new highs amid the coronavirus pandemic. In the pandemic, with wide-scale lockdowns, the companies run by the CEOs played a key role by offering services and products to help people manage the effects of the health crisis. The attention on these services drives the stock prices to record levels.

Other motivating factors for insider selling

The CEOs are also top shareholders in their companies, contributing much to their networth in general. Therefore, some executives sell their stock to diversify their wealth into other entities and companies.

Furthermore, the selling can be motivated by tax reasons or the need to spend the value of stock holdings. In general, despite selling the stocks, the executives still hold a massive number of shares with no significant impact on their cumulative net worth.

Although insider stock sales are increasingly becoming common, they might have an implication on the overall market and investor outlook. In most cases, where a single executive shows increased selling activity but others hold their shares, it does not call for a red flag.

Worth mentioning is that insider buying and selling activity is an essential indicator for investors to predict future price movement. Investors can follow these trends, considering the stock sales information is publicly available. 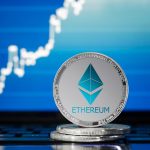