Although the value of Bitcoin has fallen significantly in recent months, MicroStrategy  (NASDAQ: MSTR) intends to continue investing in the digital asset, despite a recommendation by the U.S. securities agency to amend the company’s disclosure in future filings.

The software business is one of a small group of corporations that have invested in Bitcoin, including automaker Tesla (NASDAQ: TSLA) and payment giant Square, which recently rebranded as Block (NYSE: SQ).

“Our strategy with Bitcoin has been to buy and hold, so to the extent, we have excess cash flows, or we find other ways to raise money, we continue to put it into Bitcoin,” said Chief Financial Officer Phong Le, according to a report in The Wall Street Journal on Tuesday, January 25.

MicroStrategy was one of the first corporate players who thought to hold cash in the flagship cryptocurrency. CEO Michael Saylor believes holding money in fiat currency reduces 15% of the purchasing power.

When it comes to cryptocurrency, the corporation held $2.41 billion as of September 30, an increase from $1.05 billion at the end of 2020. MicroStrategy also said that it had acquired bitcoin for $2.04 billion in cash during the first nine months of 2021, an increase from $425 million during the same time the previous year.

The mid-cap analytics software and services company is expected to announce its fourth-quarter profits on February 1.

Mr. Le said that MicroStrategy would continue to purchase bitcoin this year, but it is uncertain whether the business will purchase more than it did last year and has no intentions to sell the asset.

MicroStrategy is also considering purchasing bitcoin-backed bonds if the market becomes more liquid, which he believes will happen within the next year or two.

“We’re constantly looking at other ways to be additive to our shareholders as it relates to Bitcoin,” Le said.

The Securities and Exchange Commission (SEC) instructed MicroStrategy to revise the way in which it discloses its bitcoin holdings in future filings, according to letters made public last week. Public companies frequently receive comment letters from the SEC’s corporate finance division, which inquires about their disclosures or accounting practices.

MicroStrategy had been removing Bitcoin volatility when using measures that are not defined by generally accepted accounting principles, or GAAP, in the United States.

“We object to your adjustment for Bitcoin impairment charges in your non-GAAP measures,” the regulator wrote in a letter sent on December 3.

MicroStrategy’s own shares have dropped by 19% since Thursday, ending at $370.45 on Monday; Mr. Le ascribed the decline mainly to a larger sell-off in technology stocks and Bitcoin-related equities.

Despite Bitcoin sinking to a below seven-month low on Monday, down more than half from its all-time high of $68,990 in November, the digital asset has rebounded in the last 24 hours and is currently trading at $36,472, up 8.89%. 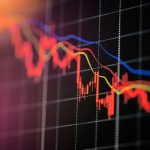