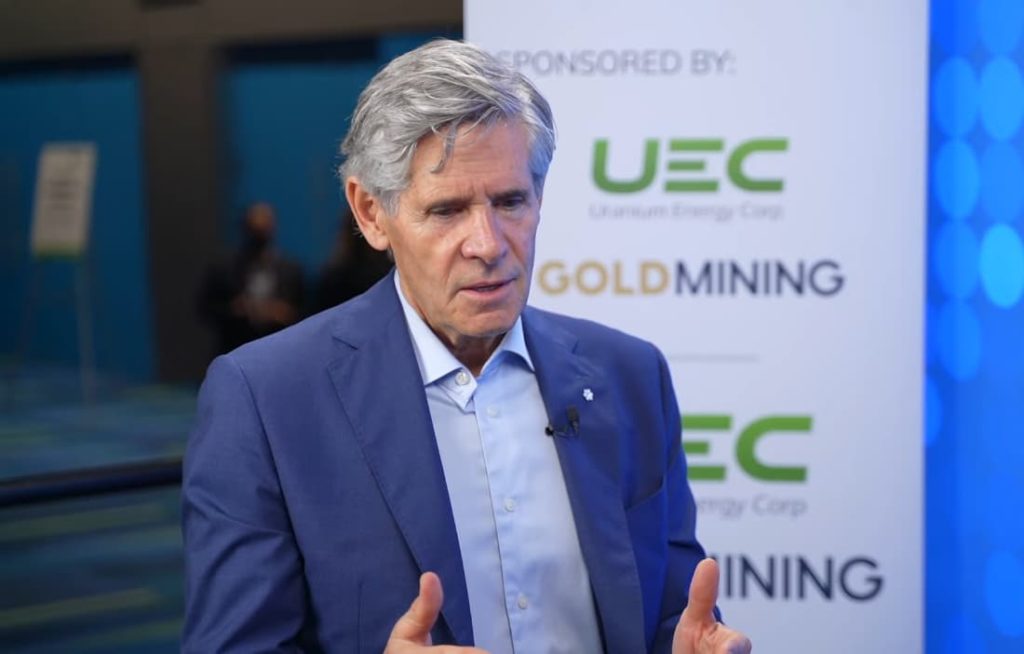 As the Federal Reserve (Fed) continues to raise interest rates and inflation keeps rising, the wider markets only seem to be headed in a one-way direction of misery. Meanwhile, during the Prospectors Developers Association of Canada (PDAC) convention held from June 13 to June 15, this seemed to be the dominant disposition.

Namely, speaking with Kitco news, Robert McEwan, the Chairman, and owner of McEwan mining and former CEO of Goldcorp, concluded that the Fed’s hawkishness would continue; however, it will not be enough to stave off a hard landing as he sees things developing.

Investors have seemingly accepted that there will be a 75 basis points hike, an increase from the expected 50 initially expected, which sent the markets tumbling, bond yields rising as the yield curve inverted and pushed the markets into bear territory.

“Well, they were always saying inflation was going to be temporary, and it’s proving not to be so so. I think they’re going to go hard, and they’ll pump it up so they can kill it and say, look, it’s behaving like we said it would. <…> It’s going to chill the real estate market further the speculative stocks and the cryptos are already reflecting it. Maybe they’re overreacting, but there’s a fear in the market right now that interest rates are going to slow it down considerably, and people are jumping.”

Moreover, McEwan shared his thought on quantitative easing, claiming that it will probably be reduced or stopped altogether in the coming period.

Creation of a monster

China’s economy on the brink of collapse like the U.S. in 2008; Here’s why Goldman Sachs and Rothschild & Co emerge as top M&A advisers for the power sector in H1 2022 Barclays slashes its Brent oil price forecast for 2022 and 2023 Recommended Products on Amazon

Additionally, as per McEwan, monetary expansion seen in the previous years coupled with low-interest rates has ‘created a monster,’ which will require more time to be tamed, possibly creating a recession in the near to medium term.

This could lead to a major market correction, further aggravated by geopolitical tensions like the war in Ukraine and tussling with China in the Chinese sea.

Conversely, the macro events could likely play a major role in gold rising, as McEwan was quoted from earlier interviews on his belief that gold could hit $5,000. Asked again to elaborate on when this could play out, he stated:

“I think we have to see more stress in the system and people looking and saying there are not many other avenues to go, so let’s give it two-three years.”

If these predictions come true, that would probably mean that the broader markets have suffered a lot of pain and have possibly moved down another 30-50%.

In essence, this bleak picture painted by the metals specialist indicates that now is not the time to be heavily invested in risk assets but rather to be prudent and hedge your bets across a well-diversified portfolio of investments.