China is planning to establish a stock exchange targeting overseas-listed firms as the country moves to cement its position in the onshore share markets.

Already, top securities regulators are researching the exchange’s design under the State Council’s direction, two people aware of the matter have told Reuters.

The exchange aims to onboard Chinese companies listed in leading offshore markets like Hong Kong and the United States. Among the targeted firms include electronics giant Apple (NASDAQ: AAPL) and electric vehicle manufacturer Tesla (NASDAQ: TSLA), all based in the U.S.

Although the new exchange is still in its infancy stages, the rollout time frame and location are yet to be decided.

Regulators are weighing the option of upgrading existing small exchanges in Beijing. Coincidentally, Beijing’s municipal authority is pushing to upgrade its equity exchange for small and mid-sized firms to serve the U.S.-listed Chinese firms.

Research on the upgrade has been ongoing for the last six months, with authorities pushing for Beijing to lead as the modern financial hub.

China already boasts of Shanghai and Shenzhen as its major onshore exchanges with a cumulative market capitalization of $12 trillion.

If the idea of a new exchange materializes, China will now have renewed motivation to attract foreign exchanges after initial attempts through the stock connect project failed to take off. For example, the  London-Shanghai Stock Connect has not lived up to expectations due to possible geopolitical reasons.

Furthermore, as of 2018, China launched a trial to attract overseas-listed technology firms through Chinese depository receipts.

However, the initiative flopped, with most companies going for a secondary listing in Hong Kong.

The renewed efforts to attract foreign companies also cast the spotlight on China’s regulatory framework. For foreign entities, raising funds through China’s equity markets is challenging due to its strict foreign exchange control.

“The issue at this moment (is) whether foreign investors can have free access to China’s futures and whether in the future, the futures market could allow this contract to be done in not only in renminbi but other types of currencies. As long as China has capital controls and foreign participation is not large enough, China’s global influence in price setting will still be limited,” said Liu.

The development comes even as China and the United States rivalry continues. The tensions have accelerated after the United States Securities Exchange Commission made advances to expel Chinese firms from U.S. exchanges.

The U.S. regulators claim the targeted Chinese companies are not complying with auditing regulations. 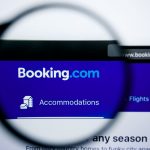