According to Weibo, the three accounts violated regulation after indicating abnormal practice, the Global Times reports.

The accounts became inaccessible from Thursday, March 10, 2021. However, critics link the decision to the government’s increasing crackdown on the crypto space.

Huobi, OKEx, Binance are among the popular crypto trading exchanges in China, and the Weibo decision has caused anxiety among investors.

Following the news, the price of Bitcoin slightly plunged. However, by press time, it had recovered by about 1.8% to trade at $56,677, according to data provided by CoinMarketCap. The exchanges’ native tokens also recorded minor sell-offs.

This is the second high-profile move by Weibo to suspend accounts linked to cryptocurrency businesses. In 2019, the platform banned Binance and Tron. To date, no clear information is available regarding the suspension.

“This account has been reported over violations of laws, regulations, and the relevant Weibo Community Pact, thus is no longer visible to users,” Weibo said.

As of the end of 2020, the Chinese equivalent of Twitter had 511 million monthly active users.

In the recent past, the Chinese government increased its crackdown on crypto businesses as the launch of the digital yuan nears.

The state has shut down Bitcoin and other cryptocurrency mining farms. Furthermore, there is an extension on the mining projects ban within the inner Mongolia region. The ban is part of the government’s efforts to achieve energy efficiency targets. 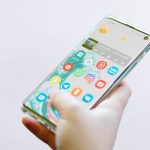