The Hengyang County Public Security Bureau in China conducted a news conference on September 23, 2022, to discuss the “100-day operation” of the summer public security crackdown.

Nine cases were publicly published; among them was the “9.15” large money laundering gang, which is accused of using cryptocurrency to deal with money laundering of up to 40 billion yuan ($5.6 billion) and has been engaged in over 300 incidents of tele-trafficking, according to crypto reporter Colin Wu who cited Weixin on September 26.

The entire money-laundering criminal organization led by Hong Mou was disrupted in an online operation that resulted in the arrest of 93 suspects, the destruction of more than 10 money-laundering and hiding points, the seizure of more than 100 mobile phones and computers connected to the case, the seizure and freezing of 300 million yuan in funds connected to the case, and the recovery of 7.8 million yuan in economic losses suffered by the victims.

Gang suspected of laundering since 2018

According to the investigation findings, since 2018, criminal gangs headed by suspect Hong have contacted collecting and payment sites in numerous places throughout China, converted illicit funds, fraud, and gambling into crypto, and then cashed them into US dollars for whitewashing.

Illicit remittances have also been adopted by numerous domestic businesses in China as a fast and secure method of transferring capital. Permit other shareholders to illegally take advantage of you in the form of fund distribution.

In line with the law, criminal coercive actions have been taken against 93 individuals, including Hong Mou, and the case is now being processed.

Interestingly despite an extensive crackdown and ban on crypto-related services, Finbold reported China now ranks in the top ten among the countries leading in adopting digital assets. 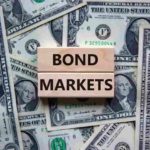