The claim by Australian computer scientist Craig Wright that he is Satoshi Nakamoto, the author of the famous bitcoin whitepaper, is being considered by a London court.

London’s High Court allowed Wright to serve a copyright lawsuit against the publisher of bitcoin.org, who goes by the pseudonym Cøbra.

The website hosts the bitcoin whitepaper, authored in 2008. The case is based on who came up with the whitepaper, commonly associated with the anonymous figure Satoshi Nakamoto.

According to Wright, because as he claims he is Nakamoto, no other individual or organization can publish the whitepaper.

Wright maintains he has enough evidence to support his claims while lashing out at Cøbra over the management of bitcoin.org.

“The case will turn on whether the court is satisfied that Dr. Wright did indeed author – and owns the copyright in – the White Paper and, therefore, that he is Satoshi Nakamoto,” said Simon Cohen, a lawyer representing Wright.

Wright will serve the lawsuit through a generic email or Twitter considering that Cøbra is not a recognized UK resident. Cøbra, a popular crypto figure on Twitter, has not disclosed his name, identity, or address.

In a Twitter post, Cøbra says he is ready to give up his identity to protect ‘the most important paper of the 21st century’.

Elsewhere, Cøbra states that Wright is abusing the UK court system to harass small platforms aimed to offer educational content. According to Cøbra:

“We’ve been threatened to take down the Bitcoin white paper by someone who obviously isn’t the inventor of Bitcoin (if he was, that would make him the 25th richest person in the world, which he obviously isn’t). Seems like he’s trying to abuse the UK courts to make them try to censor the white paper and harass small websites like us providing education content with his behavior.”

Following the ruling, Cøbra has received support from different entities including bitcoin.org website host, Namecheap, and its CEO Richard Kirkendall.

In the cryptocurrency circles, the identity of Nakamoto has remained controversial. Wright has since assumed the title with many disputing the claims. The case will compel Wright to provide concrete proof he is Nakamoto, something he has failed to do thus far.

Notably, other entities like Square Crypto, Coin Center, and Novi have published a copy of the bitcoin whitepaper. 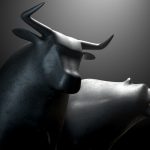