Due to the increasing popularity of digital assets, cryptocurrency exchange Coinbase intends to expand its operations by recruiting more employees in 2022 to keep up with the increased demand.

In a blog post published on February 15, Coinbase announced that to capitalize on the opportunities that lie ahead of it effectively will need further support in scaling up its current products while also producing new ones simultaneously.

According to the cryptocurrency trading platform, it intends to hire up to 2,000 more employees in order to do this. Citing “enormous product opportunities” in Web3, the firm stated:

“In 2022, we plan to add up to 2,000 employees across our Product, Engineering, and Design teams. We see enormous product opportunities ahead for the future of Web3. We believe our industry is in its infancy and that building onramps for individuals to participate is critical to driving the next generation use case of crypto.”

In addition, the San Francisco-based company also announced that it is extending its product line to include user-created content, such as non-fungible tokens (NFTs), on top of improving the platform’s security, simplicity of use, and accessibility over time.

The platform notes a significant point has been reached in the cryptocurrency space: public acceptance is at an all-time high, with crypto firms more visible than ever before, and the proliferation of Web3 apps reveals new possibilities daily.

Notably, the platform’s timing to hire more employees is noteworthy in light of the firm’s recent Super Bowl debut with a remarkably creative QR code advertisement that may have been too popular: the company’s “Less talk, more Bitcoin” campaign looked to have crashed the app.

The whole 60-second commercial was almost wholly comprised of a brightly colored bouncing QR code, which was reminiscent of the famed bouncing DVD logo meme.

Upon scanning the code, viewers were sent to Coinbase’s promotional website, where they could take advantage of a limited-time campaign that provided new signups with $15 worth of free Bitcoin, as well as an opportunity to win a $3 million prize in a drawing. 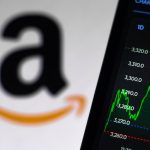