Senior commodity strategist at Bloomberg Intelligence Mike McGlone has projected that the gold bull market is set to resume after the precious metal experienced corrections from the start of the year.

According to McGlone, gold attaining a 20% discount to its all-time high of above $2,000 per ounce in 2020 represents the perfect support for the bull run to resume while acknowledging that bitcoin is now the new store of value. His projection comes as the gold price moved past the $1,800 resistance level.

“Technical Outlook – It’s a Gold Bull-Market. Gold’s 20% discount to its 2020 record high is sufficient for a resumption of a bull market for the metal, as we see it, but store-of-value newcomer Bitcoin is likely to remain a headwind to its upside,” said McGlone.

Previously, McGlone had suggested that bitcoin is hampering gold’s ability to trade above the $2,000 mark. At the time, bitcoin was trading above $50,000 in the wake of attaining a new all-time high price of $64,800 as of April 14th. According to McGlone, precious metals will outperform other commodity classes as trends in decarbonization accelerates.

“The metals sector has the greatest potential to continue outperforming most commodities, as we see it, particularly in the longer term. Accelerating trends in decarbonization, electrification and digitalization set metals like copper apart from crude oil, which is being replaced by technology,” said McGlone.

After surging to record levels in 2020, gold prices plunged in 2021 amid an ongoing bitcoin bull run. Gold’s bull run emerged as the coronavirus pandemic resulted in the stock market crash in the first quarter of last year. The correction forced investors to scout for a perfect store of value, with gold emerging as a viable candidate.

The slow gold bull run in 2021 emerged potentially due to reduced demand for physical gold. Elsewhere, the jewelry demand in leading markets like India has slowed down due to the pandemic directly impacting the rally.

Amid increasing institutional interest in bitcoin, the crypto embarked on a bull run for the better part of 2021. The asset emerged as a store of value with investors using it to diversify their portfolio further accelerating the digital gold debate.

The asset has since dropped, trading at $43,885 by press time after electric vehicle manufacturer Tesla suspended bitcoin payments for vehicle purchases due to environmental concerns. 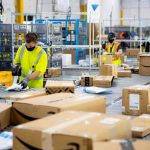