According to a ruling issued [PDF] by U.S. District Judge Beth Bloom, Wright must pay an additional $43 million to a joint venture he co-created, on top of the $100 million judgment against him last year.

For his part, Wright claimed that W&K should be entitled to interest solely for the period from October 2021 through December 2021, when the IP’s value was at its peak.

A historical precedent in crypto and blockchain

W&K’s lawyers stated in a statement that the ruling, like the verdict, “sets a historical precedent in cryptocurrency and blockchain.”

In 2018, Kleiman’s brother filed a lawsuit against Wright on his brother’s behalf, saying that Wright had stolen intellectual property relating to blockchain technology from W&K, as well as 1.1 million Bitcoin.

According to court documents, Satoshi Nakamoto, who published a white paper defining the architecture for what would become bitcoin, was the one who mined the cryptocurrency. Wright has claimed that he is Nakamoto, a claim that has been challenged.

However, the jury found Wright not to be liable for any other charges, including theft and fraud and determined that W&K and Kleiman were not entitled to any of the disputed bitcoin.

In the case, Kleiman claimed that the assets were worth more than $11 billion. The 1.1 million Bitcoins would be worth $43 billion if they were mined today.

Notably, last year, Craig Wright had first launched a lawsuit against 16 Bitcoin developers in a bid to retrieve Bitcoin worth $5.7 billion at the time. While it was In 2016, the controversial figure also alleged he was the inventor of the Bitcoin whitepaper under the pseudonym Satoshi Nakamoto. 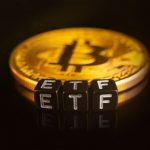