According to a recent study compiled by Finder.com.au, the most significant barrier to adoption in Australia are the risks associated with cryptocurrency.

New research has revealed that 43% of Australians consider the volatility of cryptos as their primary deterrent to purchasing them, a 14% rise over the same response in a January survey.

Thirty-two percent of respondents would rather purchase stocks or save money, while 25% believed cryptocurrencies were overpriced. Moreover, since the beginning of the year, the proportion of Australians who feel Bitcoin is overpriced has increased by nine percentage points.

Another big stumbling block for Aussies is figuring out how to acquire crypto-assets, with 22% of respondents wondering where to begin. Reluctance to invest in digital currencies stemmed from a lack of understanding of what cryptocurrency is (19%), on top of the assumption that it cannot be utilized daily (18%).

According to Finder financial expert Kate Browne, the risk remains the most significant hurdle to cryptocurrency adoption. “Like with any investment, there are risks involved with cryptocurrencies,” she told NCA NewsWire.

“But with high risks, there is potential for high reward. We encourage buyers to use due diligence and thorough research about cryptocurrencies, so they know what they are getting into <..> even with Bitcoin’s price falling in recent months, our data shows cryptocurrency adoption in Australia is growing.”

Based on the survey, the volatility turned off more men (50%) than women (37%). Nevertheless, the review’s overall findings indicate that cryptocurrency is becoming more popular among Australians, particularly Generation Z.

Almost a third of that generation own Bitcoin, a proportion that has more than doubled since January.

Furthermore, one in every six Australians (17%) currently owns crypto, a five percentage point increase since the beginning of the year. In contrast, another 13% indicated they did not possess digital currencies but intended to purchase them within the following year.

“There are thousands of businesses across the country that accept Bitcoin as a form of payment and retailers are increasingly accepting payments in Bitcoin, and there are even Bitcoin ATMs and debit cards.”

Despite many Australians’ skepticism about cryptos due to the risks involved, digital assets are growing increasingly popular across the country, particularly among young individuals.

Moreover, Australia’s Finance Services Minister Jane Hume recently announced that the government has no plans to restrict cryptocurrencies in the country heavily. 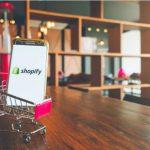