Digital currency markets have spent the best part of this week consolidating which only means one thing; a big move is coming. The world is still in lockdown over the COVID-19 outbreak and markets are still bearish, will crypto-assets fall again?

So far this week cryptocurrency markets have been relatively flat with total capitalization hovering just below $200 billion according to Coinmarketcap. Things have started to bubble up indicating a larger move is imminent but the monthly trend is still downwards.

Bitcoin In The Driving Seat

As usual, Bitcoin is commanding the direction that the wider market will take so whatever happens to BTC in the next few days will result in the rest following.

According to Tradingview.com BTC has spent the past few days posting dojis which indicate indecision and a battle between the bulls and bears. However, it has failed to break $7,000 again since a brief spurt at the weekend and analysts are leaning bearish.

On the upside it needs to top resistance at $7,100 to register any further gains while on the downside, which appears to be the path of less resistance at the moment, $6,800 is a key level to hold.

The Bitcoin ‘fear and greed index’ is still planted in ‘extreme fear’ which indicates little confidence in the market at the moment.

On the positive side, Relative Strength Index or RSI is the most oversold it has ever been before a halving which is a strong buy signal.

With a week of consolidation, most digital assets have moved very little remaining range-bound. Ethereum is holding around the $160 level but appears to have very little momentum to take it above resistance any higher.

Ripple’s cross-border token is still weak, lulling at a two year low around $0.18 despite the company’s recently launched upgrades to the XPR ledger.

The two recently forked Bitcoin offshoots, BCH and BSV, have had no such post halving pumps and remain bearish while Litecoin has dumped down to $40.

The top mover at the moment in the crypto top ten is Binance Coin as the world’s largest exchange gears up for its eleventh BNB burn.

BNB has gained almost 15% since the weekend as it closes in on $16.

Chainlink is the other altcoin on the move at the moment with a 16% surge since this time last week as it closes down Tezos for that lucrative tenth spot on the market cap charts. 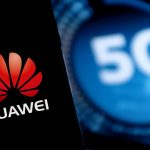