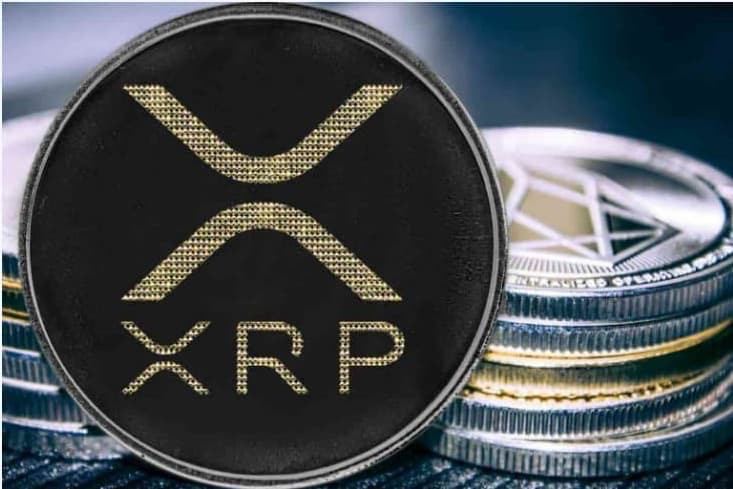 XRP has managed to sustain its position in the crypto market, maintaining a spot in the top ten digital assets by market capitalization despite the ongoing legal controversies surrounding Ripple.

Amid the lawsuit investors continue to speculate on XRP’s next price movement as it attempts to exit the broader crypto bear market.

Indeed, the CoinMarketCap crypto community is projecting that XRP will trade at an average value of $0.49 by the end of September 2022, climbing over 50% from its current price at publication. The prediction is according to votes by 1,166 community members using the price estimate feature.

The community’s bullish stand comes as XRP recorded minor gains, trading at $0.33 by press time, a growth of almost 3% in the last 24 hours. At some point, the token hit a new two-week high of $0.37 on August 26 after its network processed three large-scale transfers worth $51 million involving crypto exchanges Bitso and FTX.

If the bullish stance is maintained, XRP will still have several hurdles along the way that are likely to push it lower. Notably, the legal battle between the SEC and Ripple continues to weigh on the asset as both parties await the matter’s conclusion.

The XRP token will likely spike in value if the lawsuit is settled in Ripple’s favour. Notably, if the case goes against Ripple, it would be considered a security in the United States and would and would probably impact price in another direction.

What next for XRP after SEC lawsuit?

It is worth mentioning that Ripple expects the litigation to drag on to around November 2022. Amid the controversial lawsuit, both parties have traded accusations, with Ripple Labs General Counsel Stu Alderoty accusing the SEC of not helping investors.

“What we need is regulatory clarity for crypto, not the SEC swinging its billy club to protect its turf at the expense of the more than 40 million Americans in the crypto economy,” said Alderoty.

Despite the lawsuit’s outcome, XRP could get a boost from Ripple’s ongoing global expansions to improve cross-border payments. For instance, Ripple recently partnered with Travelex Bank to launch its cryptocurrency on-demand liquidity (ODL) service in Brazil.

The ODL of the digital payment service will leverage XRP to hasten the conversion and transfer of fiat money across nations.