Ethereum (ETH), the second-ranked cryptocurrency, continues to navigate market turbulence as investors hunt for the next breakout opportunity, with the asset enjoying a support level at $2,500.

Recently, Elon Musk announced that he still “owns and won’t sell” Ethereum not long after the asset reached a new milestone on March 10, with the quantity of ETH staked in the 2.0 contract surpassing 10 million, valued at an enormous $26 billion at the time of writing.

The first phase of Ethereum’s upgrade to version 2.0 was completed in late 2020, and the second phase is scheduled to be completed sometime in 2022, and will concentrate on the shift from a proof-of-work system to a proof-of-stake (PoS) protocol which could prove invaluable considering the EU’s proposed ban on proof-of-work digital assets.

Amid the volatility, a CoinMarketCap crypto community with a historical accuracy rate of 78% is projecting that the digital currency will trade at an average of $3,621 by the end of March 2022.

The projection is based on votes by 49,299 community members, with the estimate representing a growth of over 40% from Ethereum’s current price of $2,550.

Overall, the projection is bullish for Ethereum as the asset aims to dash towards a new all-time high.

Ethereum’s current value represents a drop of over 1% over the last 24 hours, while the asset is down almost 3% in the previous seven days.

Notably, Ethereum entered the weekend trading at the support of $2,550, a position it has held for the previous few sessions. Ethereum price tested the support level at least three times in 2022, making it a key level to trade.

In general, Ethereum’s recent price action has presented a buying opportunity. Sustained and renewed buying pressure might push Ethereum to above $3,000 to another all-time high.

The bullishness around Ethereum by the crypto community comes amid the continued network upgrades towards attaining the full proof-of-stake status. Notably, ​​the final testnet for the PoS shift dubbed as the Merger was recently launched.

Proponents expect the PoS migration to positively impact Ethereum’s price by potentially lowering the cost of transactions on the network, which remains the biggest setback.

Notably, the number of transactions on Ethereum is linked to gas prices. Therefore, if gas prices drop, the market can expect a pump in smaller transactions, increasing network utility and likely driving higher prices.

As reported by Finbold, by March 9, 2022, Ethereum recorded a drop in transaction gas fees to hit a six-month low although this happened as demand for non-fungible tokens (NFTs) fell.

At the same time, the market should look out for ‘Ethereum killers’ like Solana and Avalanche that are already operating on proof-of-stake mechanisms.

The magnitude of this competition is highlighted by a recent report by staking data provider Staking Rewards that showed Terra’s native token LUNA has a total staked value of over $26 billion. The amount ranks higher than Ethereum’s $24 billion, while Solana is top with at least $32 billion.

Currently, Ethereum’s dominance over these rivals is due to the network’s role in powering decentralized finance (DeFi) solutions. 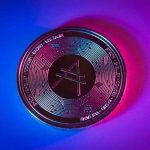