Since its recent launch, ApeCoin (APE) has had plenty of volatility, which has been characterized by tremendous price fluctuation throughout the last month.

Thus, many cryptocurrency traders are attempting to predict where the next meme coin will trade as it moves up the list of top 100 cryptocurrencies in terms of market capitalization.

Interestingly, the cryptocurrency community at CoinMarketCap is not overly bullish on the price of the token, predicting that APE will trade at $16.78 by the end of May 2022.

The estimated price reflects a 2.83% or $0.46 increase over ApeCoin’s existing price, at the time of publication. Overall, votes from 3,428 members of the CoinMarketCap community were taken to arrive at the final price estimate.

Based on the previous two price predictions for APE for the months of March and April, the community has an 81.52% historical accuracy when it comes to predicting the price of the digital asset.

On April 30, startup Yuga Labs launched the mint for its Bored Ape Yacht Club (BAYC) Otherside Metaverse lands, dubbed “Otherside,” recording over $100,000,000 worth of digital real estate 45 minutes after the launch. The BAYC has regained its position at the top of the non-fungible token (NFT) collection sales rankings, thanks to all of these development efforts.

Otherside originally planned to sell its Otherdeeds via a Dutch Auction, but instead decided to restrict the quantity of NFTs that could be stored in a single wallet.

ApeCoin’s value plummeted from $24.86 to $16.73 after the April 30 Otherside sale. The collapse seems counter-intuitive, given that ApeCoins from the sale have been locked, limiting the number of coins now available for purchase.

An example of this is the congestion produced on the Ethereum blockchain due to the minting of Otherdeed NFTs, which has resulted in certain transactions failing and services such as Uniswap being sluggish.

ApeCoin, on the other hand, intends to alleviate this problem by refunding gas expenses for unsuccessful transactions and by developing an ApeCoin blockchain. 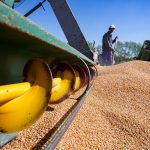