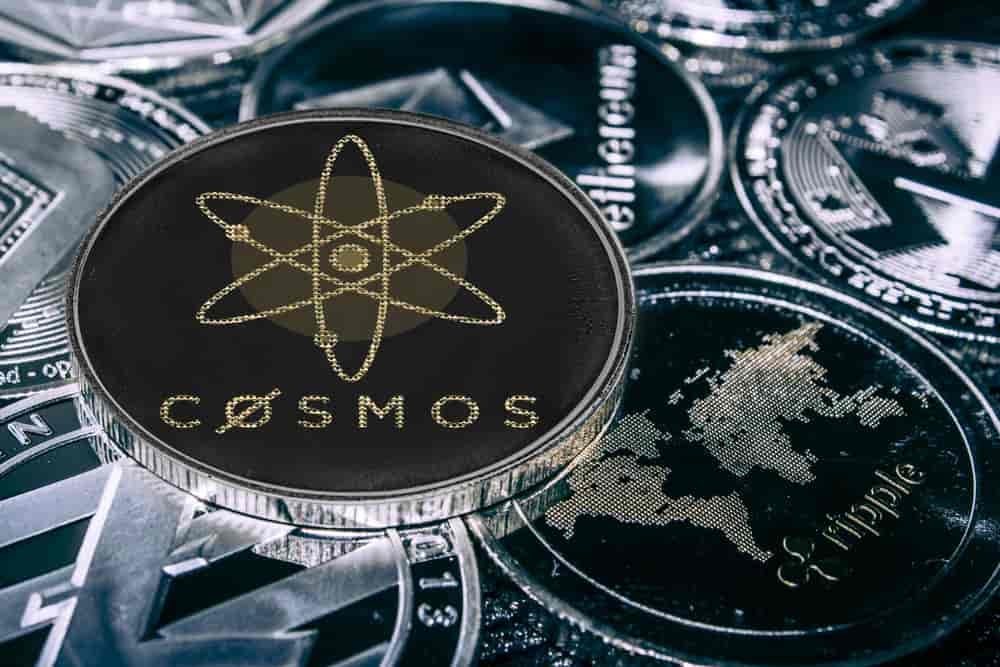 The Cosmos (ATOM) network has recorded significant growth in recent months, a factor that has resulted in the platform’s increased adoption. In this line, Cosmos’ status in the crypto community is also growing, contributing to bullish sentiments on ATOM’s price.

A CoinMarketCap cryptocurrency community with a historical accuracy rate of 82% is projecting that ATOM will surge over 23% from its present value to trade at $34.97 by the end of March 2022. The community members betting on the price mark stands at 5,389.

Another 4,211 members of the community also project that the token will trade at $34.41 by the end of April, a growth of over 21% from the current value.

The bullish price projection aligns with Cosmos’ planned network development, which has continued to attract the attention of investors.

For instance, in August 2021, the Cosmos network successfully integrated Bitcoin by introducing IBC compatibility to interBTC. The upgrade enables any IBC compliant chain inside and outside the Cosmos ecosystem to access trustless Bitcoin liquidity.

In a blog post, Cosmos stated that the Bitcoin integration would significantly expand the usefulness and accessibility of Cosmos DeFi. According to Cosmos, it expects growth under the DeFi segment due to the fluidity in IBC connections that gives room for managing complex transactions.

At the same time, the protocol announced several of the latest testnets and incentivized testnets coming to Cosmos in H1, 2022. Some of the testnets include incentivized smart contracts platform Archway and modular blockchain network Celestia.

Furthermore, the company currently hosts several non-fungible token projects that are expected to be utilized in the course of 2022. Cosmos has acknowledged that NFTs are going mainstream amid an increasing appetite from consumers.

Elsewhere, the demand and adoption of Cosmos has been linked to other developments like the rollout of Evmos, an application-agnostic chain connected to crypto. The protocol enables Ethereum-based assets and projects to move between the Cosmos architecture easily.

Besides the network development, Cosmos is also banking on the platform’s adoption to act as a critical trigger for the price rally.

Already, the platform is boosting of key deals like the one with Asia Digital Bank (ADB) initiated in October 2021. Under the agreement, the ADB seeks to develop a new digital financial infrastructure that seamlessly integrates centralized and decentralized financial services.

The project is powered by the Cosmos scalable, independent and interoperable blockchain stack.

By press time, ATOM was trading at $27 to continue with week-long losses of over 8% in the last seven days. Notably, the correction comes after the token tested the all-time above $44 recorded in September last year.

From a network development perspective, Cosmos has a bright future that might manifest in 2022. However, the price will primarily be dependent on other factors like the general cryptocurrency market price movement.