As cryptocurrencies become more popular, an increasing number of people embark on mining them, with some resorting to less-than-traditional means to do so.

One such person, in particular, installed an off-grid solar array to power his Bitcoin (BTC) mining operation and shared the results of his findings.

Peter Egyed, also known as AZ Hodl, wanted to demonstrate the efficiency and benefit of using solar energy instead of relying on the traditional power grid to reduce the costs of running a Bitcoin mining operation at home. Egyed described the entire process on his website on March 16.

Mr. Egyed’s electricity rates were $0.08 kWh between 3 pm and 8 pm on weekdays, as opposed to $0.05 kWh all other times. He was looking for alternative ways to mine Bitcoin during the cheaper times to reduce his costs, but also to help balance the grid demand versus “selling” it to the utility.

The Bitcoin miner described the beginning of his experimentation, which required some fine-tuning to work as he intended, along with the initial results:

In other words, he earned about $174 over the course of one week, taking into account the price of Bitcoin at press time as per CoinMarketCap data.

Harnessing the sun for Bitcoin mining

To assemble his off-grid mining station, it took this crypto-miner one year and approximately 0.56 BTC, which was converted to dollars at an average price between $38,000 and $54,000. This included all the equipment except for the miners which he purchased using Bitcoin.

Specifically, Mr. Egyed aims to make a return on his investment in Bitcoin within 36 months.

In light of the fact that Bitcoin has come under increasing scrutiny and criticism for its high electricity costs from both activists and governments, as well as the fact that climate change issues are receiving more global attention, it is possible that the mining industry will see an increase in these types of environmental incidents as the market matures. 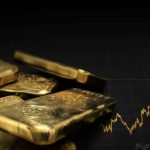 Veteran trader bets Gold is likely to continue trading above $2,000 in the coming months