Even though electric vehicle (EV) maker Tesla (NASDAQ: TSLA) has revealed that it sold $936 million worth of Bitcoin (BTC), or 75% of its holdings, during the second quarter, the market capitalization of cryptocurrencies remains above $1 trillion.

Immediately after the earnings report was published, the price of Bitcoin lost almost 2% in value, and the flagship digital asset now finds itself trading below $23,000 as of July 21.

Nevertheless, the global crypto market cap is still worth $1.03 trillion, a 2.52% decrease over the last day, with the Tesla news seemingly impacting the market.

In particular, the total crypto market volume over the last 24 hours is $93.55 billion, an 8.06% decrease, according to CoinMarketCap data retrieved by Finbold.

After the results report was published, there was an instant drop of around 1.6%, which caused the price of bitcoin to drop to $23,300. However, the cost of Bitcoin quickly rebounded to its prior levels after Musk made his remarks during the earnings call.

Elon Musk said on July 20, regarding the company’s earnings report, that Tesla sold most of its Bitcoin to maximize its cash position. Musk said:

“We are certainly open to increasing our Bitcoin holdings in future, so this should not be taken as some verdict on Bitcoin. It’s just that we were concerned about overall liquidity for the company, given Covid shutdowns in China. And we have not sold any of our Dogecoin.”

At the end of the second quarter, Tesla had a total of only $218 million in Bitcoin, which is a significant decrease from the $1.26 billion it had in Bitcoin throughout the preceding three quarters.

Tesla possessed around 42,000 Bitcoin at the beginning of the quarter; if 75% of these were sold for $936 million, the average selling price per Bitcoin would be approximately $29,000.

Bitcoin’s price at the end of the second quarter was almost $18,700, thus Tesla avoided a significant impairment charge on its holdings by selling earlier in the quarter. Notably, Tesla still owns over 10,000 Bitcoin.

The acquisition of $1.5 billion worth of Bitcoin by Tesla was reported in February 2021, causing a jump in the price of bitcoin as a direct result of this news.

Later in the first quarter, the corporation sold 10% of its Bitcoin holdings, resulting in a $272 million profit increase. Before the most recent disclosure, it had not purchased or sold Bitcoin. 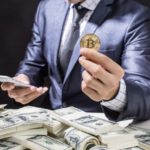