U.S. economist and well-known cryptocurrency skeptic Peter Schiff has stated that he intends to fight to be allowed to sell Euro Pacific International Bank, which he formed in Puerto Rico.

Authorities have temporarily halted the bank’s activities as part of an ongoing investigation, with the bank’s capital supposedly negative $1.3 million by the end of the year 2020 and that, “as such, the entity is classified as insolvent,” according to a report by the Associated Press on July 1.

Per the order to cease and desist that was issued by the Joint Chief of Global Tax Enforcement, a multi-government agency targeting tax crimes and money laundering, the financial institution also reported a net loss of about $751,000 in 2019 and overall cumulative losses of nearly $4 million as well as a net loss of about $550,000 in the first three months of 2022.

The bank obtained a license to operate in the United States territory in 2017 and built up approximately 15,000 accounts in the two years that followed. However, its deposits later dropped to $150 million and it lost customers as a result.

The enforcement department thereupon acted two years ago “to put a stop to the suspected facilitation of offshore tax evasion and money laundering by the bank.”

Schiff says he complies with legislation

Schiff remarked on the alleged facilitation of offshore tax evasion that despite his dislike of anti-money laundering legislation, as well as other restrictions and taxes, he still complies with them.

“We lost a lot of things because people were afraid. The fact that I’m so willing to publicly criticize rules, you better believe I’m doing all I can not to break them,” he said.

According to Schiff, the bank has also never been subjected to an investigation. Agents from the Internal Revenue Service reportedly made a visit to the bank in 2020 and informed him that they were looking into the bank’s clients.

In a statement, he claimed, “Our compliance is so rigorous, and we close accounts so quickly.” He said that he never accepted customers linked to cryptocurrencies, cannabis, or other sectors.

“I did everything by the book, and it cost me a fortune. It’s a huge shock that they’ve done this.”

“Regulators are not babysitters”

Since the office had a meeting with Schiff in October and he signed a consent document to make the necessary adjustments, Natalia Zequeira, the commissioner for Puerto Rico’s Office of the Commissioner of Financial Institutions, doesn’t understand why Schiff was shocked by the agency action.

According to Zequeira, the consent order he signed required management and strategic changes that were not implemented, and these procedures are distinct from a change in ownership.

“A regulator has the right to request the best of its institution, and just because you filed something doesn’t give you the right to conclude that you’re in compliance,” she said. “Regulators are not babysitters.”

Finally, Schiff has said that he had invested $7 million of his own funds in the bank in order to keep it operational and that all clients would be able to get a full refund of their money. 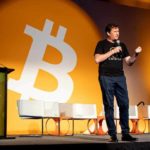 Celsius is actively working on solutions to 'preserve and protect' assets