China’s proportion of global Bitcoin (BTC) production power dropped drastically even before its government’s recent crackdown on cryptocurrency mining, according to a study released on Thursday by the University of Cambridge.

By way of illustration, the report indicates that China’s share of global hash rate (the total computational power of server farms participating in Bitcoin’s consensus process) had been steadily declining for some time prior to the country’s government’s clampdown on mining in June 2021.

China has long been the epicenter of worldwide Bitcoin mining, a time-consuming and energy-intensive operation. Generally, many Bitcoin miners in China utilized fossil fuels such as coal, raising concerns about Bitcoin’s environmental impact.

Statistics from the Cambridge Centre for Alternative Finance.China’s show China’s share of the power of computers linked to the worldwide Bitcoin network, known as “hash rate,” decreased to 46% in April this year from 75.5% in September 2019.

During the same time span, the United States’ share of the hash rate increased from just over 4% to 16.8%, making it the second-largest producer of Bitcoin. Kazakhstan’s share increased to approximately 8%, with Russia and Iran the other significant producers.

The study provides a rare look into global Bitcoin mining patterns as companies like Tesla (NASDAQ: TSLA) become increasingly concerned about how the digital asset is created.

In 2020, Xinjiang’s mostly coal-powered hashrate share fell from 55.1 percent at the start of the rainy season to 9.6 percent at the lowest point. This seasonal movement has had a significant impact on the energy profile of Bitcoin mining in China, which has been by far the largest ‘mining market’ until now, demonstrating the complexities of measuring the environmental consequences of mining.

Anhui, in eastern China, became the latest province to declare a blanket ban on cryptocurrency mining this week.

Since then, major Chinese mining centers such as Sichuan, Inner Mongolia, and Xinjiang have all announced comprehensive steps to root out mining operations, effectively paralyzing the sector as miners dump machinery or relocate to areas such as Texas or Kazakhstan.

Bitmain, China’s largest manufacturer of cryptocurrency mining devices, stopped shipments last month in response to Beijing’s mining ban and said it was seeking power sources in countries such as the United States, Russia, and Kazakhstan. 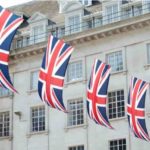 Cryptocurrencies are not a threat to financial stability yet, BoE Deputy Governor says