Troubled Terraform Labs founder Do Kwon is facing a new representative action lawsuit in Singapore regarding his role in the Terra (LUNA) crash.

The suit worth $56.9 million was filed by over 300 plaintiffs who accuse Kwon of misleading them into believing that the Terra ecosystem stablecoin TerraUSD (UST) was designed to maintain a stable price, the Strait Times reported on November 8.

According to court documents, the plaintiff referred to the Terra whitepaper that alleged that UST was stable and immune to volatility and demand due to its alleged design to retain a peg in such conditions. Furthermore, they are seeking compensation for fraudulent misrepresentation.

Notably, the $56.9 million cited in the suit refers to the difference in value between the amount in US dollars they believed to be the worth of the assets and the value of their holding after the crash.

The plaintiffs who claimed they suffered heavy losses are represented by Julian Moreno Beltran, a Spanish citizen, and Douglas Gan, a Singaporean. Besides Kwon, the lawsuits’ other defendants include Terraform Labs, the company’s co-founder Nikolaos Alexandros Platias, and Luna Foundation Guard (LFG).

However, Kwon, through his lawyers, has maintained their client is innocent in the matter, noting that he intends to defend the case.

The latest lawsuit adds to Kwon’s growing legal trouble over his alleged role in the crash. Notably, with the help of Interpol, South Korean authorities continue to hunt for the fugitive.

As reported by Finbold, South Korean prosecutors alleged new evidence suggesting that Kwon had, at some point, ordered an employee to manipulate the price of Terra Classic (LUNC).

Interestingly, Kwon and his team view the latest alleged evidence as a move by the prosecution to charge him at all cost. According to a Terraform Labs spokesperson, the latest evidence is ‘baseless claims’.

“It’s highly disappointing to see the Korean prosecutors continue to try to contort the Capital Markets Act to fit their agenda and push baseless claims. Prior judicial decisions and statements by the Korean financial authorities, including the FSC, establish that cryptocurrency tokens are not investment contract securities.”

“The prosecutors’ latest comments are further evidence that the process has been fundamentally unjust, unsafe, and motivated by political goals from the start, and sets a dangerous precedent for the future.”

In the meantime, the development around the case continues to partly influence the value of assets on the old Terra chain, with Terra Classic taking center stage.

In this line, the LUNC community is projecting a bullish momentum for the token despite the mounting pressure on Kwon. 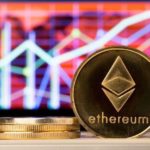