Just before the recent rally Ethereum (ETH) recorded since the year’s turn, Dogecoin (DOGE) founder Billy Markus sold a large amount of his Ethereum holdings, missing out on the major opportunity to profit on the later bullish change in price.

As it happens, Billy Markus, known on Twitter as Shibetoshi Nakamoto, admitted to selling “a bunch” of his Ethereum holdings at a low price of $1,190 so that he could try and gather enough money to pay his taxes for 2022, according to the tweet he posted on January 12.

Further explaining his situation, Markus said that it was the result of selling non-fungible tokens (NFTs) and that “you always owe taxes if you do commerce in crypto.” But in his case:

“I owed more than my crypto was worth, so I actually made negative money.”

Asked by a commenter about the price at which these Ethereum were purchased, Markus replied saying that he didn’t buy any, but that he sold NFTs, for which the state of “California and the IRS take 53% of the selling price at the exact moment of sale.”

As a reminder, Markus is an American software engineer who, together with his friend Jackson Palmer, is credited with developing Dogecoin in 2013 as a joke, making fun of the volatility of established cryptos such as Bitcoin (BTC). Later on, DOGE became popular due to its promotion by Tesla (NASDAQ: TSLA) CEO Elon Musk.

Missing out on the ETH rally

Selling his Ethereum holdings in late December 2022 at a time when the second largest cryptocurrency by market capitalization was changing hands at the price of $1,190, Markus missed out on the subsequent rally that began soon after and brought the price of ETH to the current $1,397.

Indeed, the price of Ethereum at press time represents an increase of 4.57% over the past 24 hours and an impressive 11.68% gain across the previous seven days, as its advances on the monthly chart amount to 8.67%, boasting a market cap of $170.99 billion. 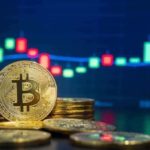