The milestone was revealed through a tweet by President Nayib Bukele, who shared a screenshot of the mined Bitcoin while noting that further tests and installation are still ongoing.

“We’re still testing and installing, but this is officially the first Bitcoin mining from the #volcanode,” said Bukele.

In June, Bukele said he had directed LaGeo to allow Bitcoin miners to plug into the country’s volcanic energy resources.

Additionally, volcanic energy ushers in clean mining for the asset that has perennially been hit with negative press around its carbon footprint. Notably, Bitcoin critics have cited the asset’s impact on the environment as a reason for a complete ban.  Bitcoin mining is known to consume a lot of energy, which in some cases is higher than consumption by some countries.

Worth noting is that the country’s Bitcoin stand has been met with widespread skepticism, especially from global financial institutions.

Some of the doubts were expressed by Professor of Applied Economics at Johns Hopkins University Steve Hanke. The scholar warned that El Salvador’s decision would have consequences terming the move as economic stupidity. According to Hanke, the legalization might culminate in an economic collapse.

However, residents also appear to be adopting digital currencies, with Bukele earlier revealing that 2.1 million Salvadorans are using the government’s Chivo cryptocurrency wallet. The wallet enables locals and businesses to send and receive payments in Bitcoin or dollars. To enhance adoption, the state airdropped $30 worth of Bitcoin to every account holder in the country.

Furthermore, El Salvador’s government is reportedly intending to establish a native cryptocurrency to pay for service. 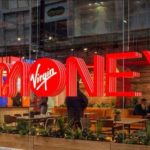