Nearly two and a half years after becoming the first country to adopt Bitcoin (BTC) as legal tender, El Salvador has won an international award for its ambitious and environmentally friendly Bitcoin City, which is set to be built at the base of a volcano.

According to the report, the LOOP Design Awards honor the most outstanding projects in architecture and interior design from the point of view of the jury made up of more than 25 experts, representing a unique opportunity for public recognition.

The urban project, which will be built in the southeast of El Salvador, was created by Mexican architect Fernando Romero and his company Enterprise Free, who described the project as “an efficient and sustainable city, based on its innovative model of a smart metropolis.”

Indeed, once it is built, Bitcoin City will generate its own clean energy from the two nearby volcanoes, Tecapa and Conchagua. Specifically, it will be provided with the geothermal energy from the Tecapa volcano and will later become completely dependent on the closer Conchagua volcano.

As Romero, who also won the Global Architecture & Design Award for the project of a new Mexico City International Airport in 2021, added:

“The new public space will be the culmination of decades of research into what humans need to live well in an anti-inflationary economy.”

The designs for the circular city in the shape of a Bitcoin were first publicly unveiled by El Salvador’s president Nayib Bukele in May 2022, who back then said that “Bitcoin City is coming along beautifully,” and also revealed images of several landmark buildings to be built in its plazas.

Among other things, the design includes a central square with a museum that “aims to capture the world’s attention by including Bitcoin in the history of money,” as well as a large entertainment center, although the data for the beginning of the city’s construction has not yet been set.

Elsewhere, as Finbold reported in August 2022, El Zonte, a beach in El Salvador that has been renamed ‘Bitcoin Beach’ due to its acceptance of the maiden cryptocurrency, was set to get infrastructure upgrades as part of a strategic plan to be implemented by the government of El Salvador. 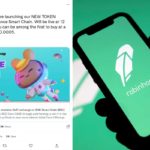