In a statement shared with Finbold on December 20, Glee BTC indicated that the deal aims to benefit from the growing Brazilian crypto market where Blocktane has emerged as an established entity.

Under the deal, Glee BTC will merge the acquired assets with its own in addition to legal entities, brand name, online properties, data, BKT token supply, treasury inventory, and the former local management.

“We are pleased to partner with Gleec to bring their tool and products to Blocktane’s users in Brazil, and their first entry into that domestic market,” said John Willock, former Executive Chairman of Blocktane.

Plans to expand in the Brazilian market

With the Blockctane acquisition, Glee BTC is set to launch its services in Brazil within the coming weeks with plans to add support for the country’s local currency.

At the moment, it’s yet to be determined if Glee BTC will unveil its other services, including the mobile payments app, Gleec Pay, and digital point of sale service for businesses accepting cryptocurrency, Gleec SV.

Before the acquisition, Bloctane, which also has a presence in South America, announced it had attained 100 times user growth in 12 months as of July 2022. The growth came following the launch of Blocktanium (BKT), its native token, which offers rewards, fee discounts, and other benefits within the Blocktane ecosystem.

Notably, the Brazilian market hosts a robust cryptocurrency scene dominated mainly by younger generations. The government intends to support the sector by laying the foundation for a regulatory framework. Under the latest regulatory development, Brazil is set to make crypto payments legal next year.

Part of the crypto growth in Brazil has seen businesses accept digital asset payments. At the moment, it is estimated that over 900 Brazilian businesses are accepting crypto payments, such as Bitcoin (BTC) and Ethereum (ETH). 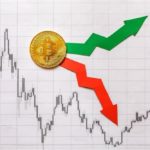 Why is the crypto market up today?