Digital currency markets have been lifted over the weekend as $20 billion entered the space. Momentum has been driven by Ethereum which is closing in on its two-year high.

The explosion in the decentralized finance sector (DeFi) this year has given a massive boost to its underlying framework, Ethereum. Since the beginning of 2020 ETH prices has climbed 225%, way outperforming their big brother, Bitcoin, which has only managed a gain of 62%.

Over the weekend, Ethereum prices increased almost ten percent lifting the asset from just above $390 to top out at $430 during Monday morning’s Asian trading session according to Tradingview.com.

On August 17, Ethereum price hit a two year high of around $440 and they are on the way to reclaiming that level at the moment.

The last time Ethereum was priced in this zone was in July 2018 when it was retreating from its all-time high of $1,400 six months earlier. By the end of that year, the asset had dumped all the way down to below $90 but it is clearly recovering strongly at the moment driven by DeFi and a yield farming frenzy.

The king of crypto meanwhile is struggling to overcome heavy resistance at $12,000. Bitcoin dipped to $11,200 at the end of last week but has managed to claw back those losses to regain $11,700 by Monday morning.

Since its 2020 peak of $12,400 on August 17, the asset has been correcting and forming lower highs, with the psychological $12k barrier proving a hard one to break.

Analyst, Josh Rager, is confident that Bitcoin will reclaim this level, adding that there isn’t much holding the asset between the current prices and $13ks on high time frames.

Total crypto market capitalization has reached its highest level since May 2018 at just above $385 billion. The $20 billion weekend injection has rolled mostly into Ethereum and various DeFi tokens.

Litecoin is performing well today with a 6.5% gain to reclaim $62 while Ethereum rivaling Polkadot has seen its DOT token surge 50% over the past week, entering the top ten at sixth place in terms of market cap.

Total value locked across DeFi markets is approaching a record $8 billion according to Defipulse.com. There are three billion-dollar-plus protocols at the moment with automated market maker Aave leading the pack with a collateral lockup of $1.67 billion. Maker and Curve Finance are second and third respectively. 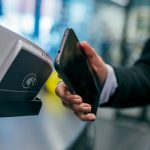