Ethereum (ETH) founder Vitalik Buterin has warned that new blockchain chains will likely fail if they don’t offer something unique to users.

According to Buterin, emerging chains should put more focus on meeting the needs of the average user and work towards enacting a fresh philosophy into the crypto sector, he said during an Ethereum Ask Me Anything (AMA) session on Reddit.

He equated the situation to the existence of Twitter (NYSE: TWTR) and Facebook (NASDAQ: FB), which were among the original social media sites and have partly remained the dominant players despite the emergence of other platforms. In this line, he noted that as two leading crypto projects, Ethereum and Bitcoin (BTC), have established themselves and emulating them might lead to failure.

“I am just getting more and more convinced that chains that try to be indistinguishable from Ethereum to the average user are going to get ignored and fail, and users are going to interpret Bitcoin vs Ethereum vs Cosmos vs … as different ecosystems much as they do Twitter, Facebook,” he said.

The Ethereum creator was responding to a user who stated that focusing on the underlying crypto chain should not be an issue for adoption to occur.

Buterin’s sentiments align with his previous views noting that for crypto adoption to be realized, there is a need to give the sector room to mature. This comes as industry players opine that with new projects launching, for maturity to occur, the market will undergo a wipeout similar to the dot-com bubble.

In early December, Buterin also pointed out that the focus of the crypto space should be on developing the underlying technology and not the price at a time the market was battling extended sell-offs.

Indeed, Buterin has been a big advocate of transparency in the crypto space while warning of the threat of human interference that can be placed over a protocol. 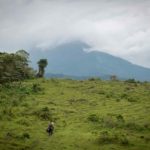