Comments comparing Ethereum and Bitcoin performance have always generated lively debate in what is still a somewhat tribal crypto ecosystem.

A recent declaration by Global Macro Investor founder and CEO Raoul Pal has caused a stir as it claims that Ethereum has performed much better than Bitcoin since its inception.

The tweet, made on April 7, states that ETH has outperformed BTC by 250% since inception, and it only fell below its initial price in BTC for the first five months of its existence in 2015.

It should be noted that this comparison has been made for ETH in BTC terms, not in dollar terms. Pal added that tokens failing to get network effects trend lower, while tokens that achieve ecosystem network effects such as active wallets, developers, and apps will likely rise in BTC terms over time.

Charts report that Ethereum began trading for around 0.006 BTC in August 2015 just after launch, and it is currently sitting at 0.036 BTC.

Technical analyst Willy Woo stated that the first cycle for a crypto asset, which is four years, is its best performing one.

“The first 4yr cycle for a crypto asset gaining critical mass is its highest climber, it’s effectively going from 0 to 1. After that it turns into an oscillator around BTC price (that’s what I see in the ETHBTC chart being quite flat).”

Chief Strategy Officer at the Human Rights Foundation, Alex Gladstein, countered Pal’s argument by stating that Bitcoin has gone from 0 to $60k, ETH has gone from 0 to $2k, adding that ETH is down 4 times from its all-time high in BTC terms. This happened in January 2018 when ETH hit 0.123 BTC, according to TradingView.

Ethereum core developer Tim Beiko commented that market capitalization would be a better metric to compare the two assets by.

“To be fair, ETH supply is ~5x BTC, so market cap is a more appropriate metric. ETH also has only been around ~half as long.”

This Glassnode chart depicts the two overlaid by market cap showing that Ethereum is still in the early stages of its growth phase, however it should be noted that the scales are vastly different.

Pal was sticking to his guns, stating that ETH/BTC has doubled since the halving in May last year.

“Since this halving cycle started, its up over 100%. Cold hard facts. It’s not a matter of one or the other, its an asset allocation depending on the point in the cycle.”

Either way, both assets perform at record levels in 2021, having hit their own respective all-time highs, so both sides of the crypto fence should be satisfied. 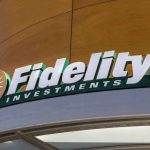