The European Union has reached an agreement on the Markets in Crypto Assets Regulation (MiCA) framework that spells out how the region should approach the crypto sector.

Officials from countries in the bloc signed the framework text into law without any further deliberation, the Council of European Union said in a statement released on October 5.

MiCA is a culmination of political outlines set out in June seeking to have a comprehensive crypto legislative text covering the region. Notably, the framework is guided by the goal of protecting consumers and fighting crypto-related crimes like money laundering.

Some of the specific clauses in the draft laws require entities in the industry to reveal the identity of consumers making crypto payments using assets like Bitcoin (BTC). Furthermore, MiCA outlines the regulation of crypto wallets and exchanges alongside imposing reserve requirements for players interested in issuing stablecoins across the bloc.

“Offerers or persons seeking admission to trading of algorithmic crypto assets that do not aim at stabilizing the value of the crypto assets by referencing one or several assets should in any event comply with Title II of this Regulation,” the draft read.

Notably, the lack of deliberations in signing the text comes after fears emerged, alluding that MiCA might limit trading U.S. dollar-denominated stablecoins within the EU.

It is worth noting that a recently leaked draft showed that the EU officials were also proposing to have issuers of cryptocurrencies publish white papers detailing the technical roadmaps for platforms to register with the relevant authorities.

Overall, the draft law calls on EU member states to “adopt a substance over form approach under which the features of the asset in question should determine the qualification, not its designation by the users.”

After the initial agreement, the text is set to be presented before the European Parliament for gazettement. The law will likely be applied by 2024. 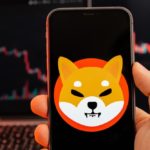