The European Commission is teaming up with the European Central Bank (ECB) to explore potential challenges from the digital euro rollout. The collaboration seeks to open the door for the development of the asset later this year.

A joint statement from the two institutions notes that the focus will be reviewing a broad range of policy, legal and technical questions around a possible digital euro. The digital euro will act as a complement to cash and payment solutions supplied by the private sector.

The statement notes that:

“Such a project would answer key design and technical questions and provide the ECB with the necessary tools to stand ready to issue a digital euro if such a decision is taken.”

Additionally, the two EU institutions admit that the digital euro’s rollout might potentially face policy hurdles along the way.

Before announcing the partnership, ECB had closed a public consultation on the digital euro. The consultation began on 12 October 2020, with over 8,000 responses coming in.

Although the ECB will publish the feedback at a ta later date, reports indicate privacy was the key concern. Other notable concerns include security and the pan-European for the asset.

ECB President Christine Lagarde hinted that the digital euro would come within the next five years in a previous engagement. At the same time, Lagarde is on record criticizing Bitcoin terming it a highly speculative asset that has led to vices like money laundering. She has therefore called for more regulations. 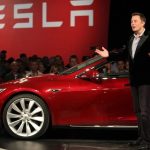