Due to the continued growth of online purchasing, British and European firms are acquiring Amazon (NASDAQ: AMZN) marketplace brands in an effort to expand their online business, as per a Yahoo news report.

By acquiring smaller, third-party merchants that sell directly to customers on Amazon and other platforms, aggregators hope to grow their e-commerce businesses into giants. However, in order to store and distribute their products, most firms rely on Amazon’s “Fulfilled by Amazon” feature to do so.

According to Dealroom, there are at least 21 aggregators in Europe, of which 19 have debuted since 2020. A portion of the investment has come from Wall Street and Silicon Valley’s biggest names, including the likes of JP Morgan.

Oslam, on the other hand, stated it had raised $165 million in equity and debt funding from Christian Angermayer’s Apeiron Investment Group and Elevat3 Capital to acquire e-commerce companies.

The firm is backed by some of Europe’s leading investors, with $500M under management and 40 IPOs. It claims to be building Europe’s next-generation consumer goods company that acquires and scales category-leading brands across global marketplaces.

Ollie and Sam Hörbye co-founded it, the latter of whom had previously worked as a team leader at Amazon’s marketplace department before starting their own firm.

According to co-founder Sam Hörbye:

“We feel the Amazon marketplace platform has democratized the playing field of online retail.”

“Small ‘mom and pop’ business owners are taking on the traditional consumer goods giants, building defensible category-leading brands which, in terms of customer reviews, tower above them.”

Over $7 billion raised in capital

Over $300 billion in sales were generated by Amazon’s network of six million merchants last year, rising by 50% annually. In the first three months of 2021, this rose by another 61%.

Around $7 billion in capital has been raised in the past 12 months by companies looking to acquire strong brands on Amazon, with roughly 3,000 UK sellers earning $1 million a year.

Thrasio, a US-based company launched in 2018 that has acquired more than 100 Amazon merchants, is being emulated by a number of firms across the world. In June of last year, the company’s valuation reached $1 billion.

All things considered, Amazon aggregator firms have grown to approximately 40 worldwide, and the number is expected to continue to grow.

Indeed more merchants are flocking to Amazon because of its capacity to serve more people during the epidemic and its simplicity of conducting business, leading to further acquisitions by e-commerce firms.

Overall, data analyzed by Finbold shows that as of March 21, 2021, there are 295,000 new vendors on Amazon’s marketplace. The figure means that a new third-party vendor joins the marketplace every day at a rate of 3,734 per day or 155 per hour. 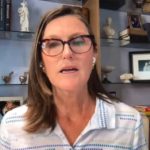