In a deal worth $1.5 billion, a Chinese state-owned enterprise agreed to purchase the majority of China Evergrande Group’s stake in a commercial bank, marking the latest indication that the country’s authorities are attempting to assist the property giant in resolving some of its financial difficulties.

A unit of Evergrande intends to sell almost 20% of Shengjing Bank Co Ltd, which is headquartered in the Liaoning provincial city of Shenyang, to a business whose shareholders include the local office of China’s State-Owned Assets Supervision and Administration Commission, according to a statement released Wednesday, the Wall Street Journal reports.

In particular, the firm, which is struggling to avoid defaulting on its debts, intends to sell 9.99 billion yuan ($1.5 billion) in shares to the state-owned asset management firm to prevent defaulting on its obligations.

In the face of a new bond interest payment deadline on Wednesday, the property behemoth, burdened by a massive $300 billion debt, has been trying to raise funds.

On Wednesday, Evergrande disclosed in a filing with the Hong Kong exchange that it will sell the 1.75 billion shares or 19.93% stake in Shengjing Bank that it now holds to the Shenyang Shengjing Finance Investment Group for 5.70 yuan a share.

Upon completion of the deal, Shenyang Shengjing’s ownership interest in Shengjing Bank will rise to 20.79%, making it the lender’s biggest stakeholder.

Interestingly, market participants are keeping a close eye on the company to see whether it can make its $47.5 million interest payment due on Wednesday. The property company had previously missed one important coupon payment of $83.5 million last week, which was due on an offshore bond with a face value of $2 billion due in March 2022.

While China Evergrande faces another payment deadline today for a $47.5 million offshore coupon, a small number of potential buyers for the company’s assets have surfaced in the Chinese mainland.

On the surface Beijing appears to be pressuring state-owned enterprises and state-backed property developers to acquire some of Evergrande’s other properties, with attention being given to both political and economic reasons, according to a Reuters report citing unidentified sources.

By way of explanation, government-backed developers Vanke, China Jinmao Holdings, and China Resources Land are among the companies approached to buy Evergrande’s assets. 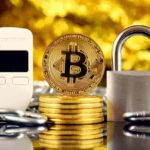