Crypto investment firm Galaxy Digital CEO, ex-hedge fund manager, and billionaire Mike Novogratz has said bitcoin is a hedge against the dollar inflation, and the government is aware of the asset’s status.

Speaking to the Earn Your Leisure Podcast, Novogratz said people are looking for insurance, and the dollar does not offer any due to the printing of more money.

According to the billionaire, bitcoin’s fixed supply is a lesson to the government regarding excessive printing of money in managing the budget deficit.

He notes that the stimulus spending will have a negative impact on the dollar and the economy in the long run.

“People want insurance. Bitcoin is insurance, and the governments know that…what bitcoin is telling governments is ‘dude you guys are doing such a sh–ty job with your budget deficits. You are printing money.’ My mother used to say, ‘money doesn’t grow on trees.’ Right now, money is growing on trees,” said Novogratz.

Novogratz, who gave insights on various digital assets during the session, further warned investors against buying dogecoin. He advises investors to learn more about the asset and sell it when the price goes up.

By press time, the meme-inspired crypto was trading at $0.36, up 17% in the last 24 hours, according to data provided by CoinMarketCap. The price surge followed tweets from Tesla CEO (NASDAQ: TSLA) Elon Musk and billionaire Mark Cuban showing support for the asset.

Novogratz has in the past stated that the recent dogecoin spike in value is a retail phenomenon inspired by the supply of more money into the economy.

He consequently warned investors against comparing doge’s rally to bitcoin. According to Novogratz:

“It’s very wrong to compare doge to bitcoin or the other coins. The amount of CAPEX and OPEX that goes into keeping the Bitcoin network decentralized and up and running each year is immense, “doge is a dog, no pun intended.”

Furthermore, Novogratz has stated that as the crypto sector matures, investments will make up at least 2% of the global wealth between two to three years. 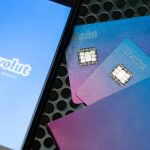 Leaked: Revolut users will be able to withdraw bitcoin to external wallets next week