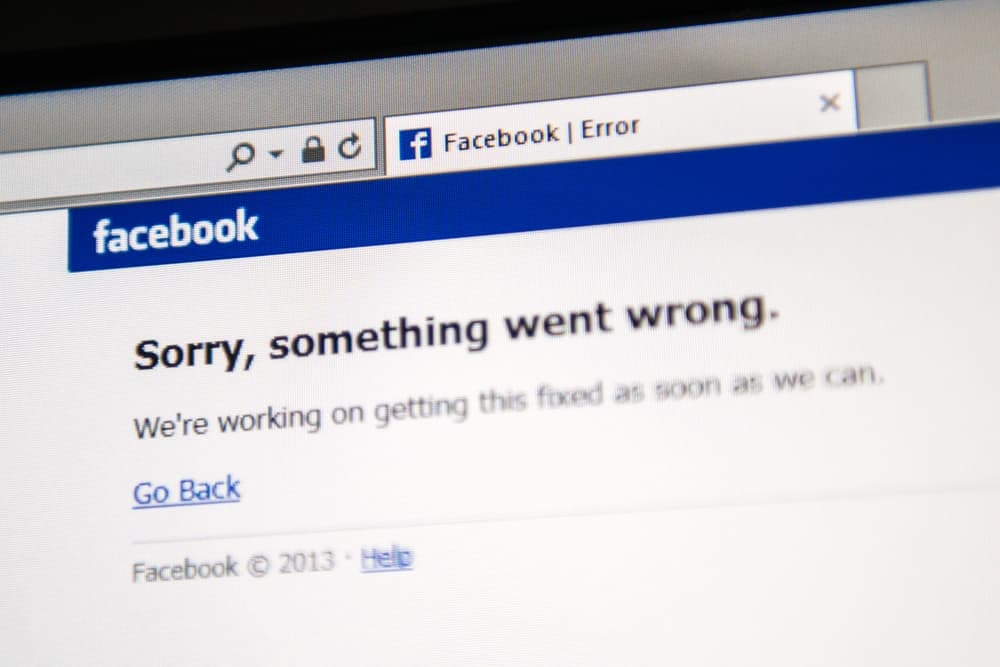 It is worth noting that the stock is trading below its 20 and 50 simple moving average (SMA) lines signaling a bearish short-term sentiment around the stock. Before the stock’s collapse, FB was on an upward horizon trajectory, as shown by the two trend lines drawn over several time frames, as it made higher swing highs and lower swing lows.

On the whole, Facebook’s stock has mostly escaped unscathed from the barrage of public humiliations and accusations over the years. So far in 2021, shares have gained 18.4 % compared to the 16% of the S&P 500 index SPX, -1.45 % during that time.

Meanwhile, shares have more than doubled over the past three years, gaining 106.2% during that period, while the S&P 500 index gained 51% during that same period. However, this time around, things seem to be different.

One hour shutdown costs over $160 million

By way of illustration, services were affected by widespread disruptions on Monday morning, adding to the social network’s already bleak day. Facebook’s status dashboard, which allows Facebook to communicate its availability to staff, was even inaccessible.

It’s worth noting that Facebook, WhatsApp, Instagram, and Messenger have been down for more than an hour and counting. As a result, the estimated economic impact is just over $161 million each hour, according to the Cost of Shutdown Tool (COST) by NetBlocks.

Ironically, the social media giant tweeted on competitor Twitters platform to say it is experiencing issues and apologies for the inconvenience caused.

At the same time, to make matters worse, the company is facing accusations that it prioritizes profits above user safety. This has prompted the stock’s decline, only enhanced further by a major outage of Facebook services.

Concerning the accusations, the late Sunday night news program “60 Minutes” featured an interview with Frances Haugen, a former Facebook data scientist who claims that the social media company has been misleading investors about how it is dealing with hate speech and disinformation on its platform.

In fact, Haugen had given hundreds of pages to The Wall Street Journal which were used to create The Facebook Files, published in the newspaper. Meanwhile, Haugen is set to appear before Congress on Tuesday morning, and he has filed for whistleblower protection charges with the Securities and Exchange Commission (SEC).