A new study commissioned by the UK Financial Conduct Authority (FCA) recently revealed that almost 1.9 million in the UK now hold Bitcoin and other digital currencies.

The study shows that about 3.86% of adults in the UK are now holding digital currencies. The number of people who held cryptocurrency at some point rose was 2.6 million in 2020. Last year, this number was 1.5 million. The awareness of digital currencies has also improved considerably. Last year, only 42% of survey respondents said that they had heard of cryptocurrencies. This year, at least 73% have. The survey suggests,

“Technical knowledge appears high among most cryptocurrencies owners. Most consumers seem to understand the risks associated with the lack of protections, the high volatility of the product and have some understanding of the underlying technology.”

About 16% of the survey respondents said that their decision to buy digital currencies was because of traditional media influenced. These respondents had bought cryptocurrencies after seeing an advertisement.

The study also shows that Bitcoin is the most popular digital currency in the UK. At least 78% of the respondents said that they are aware of the leading digital currency.

Bitcoin is the largest and oldest digital coin in the world with wider acceptance across digital asset exchanges and crypto ATMs. The second most popular digital currency is Facebook’s Libra.

Even though the currency has not launched yet, the awareness about the native digital asset of the social media giant is only second to Bitcoin. Other popular currencies are Bitcoin Cash (BCH) and Ethereum (ETH).

Most popular crypto exchanges in the UK

At the moment, the most popular exchange in the UK is Coinbase.

The users also like to use Binance and Kraken for buying and selling digital currencies. Bittrex and Bitfinex have also made into the list. 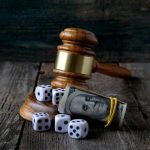