Hard times call for extreme measures, as it is evident from the abrupt blow to the global economy in the wake of the coronavirus pandemic. But, not all is lost since the US fiscal/monetary policy responded positively. Such insights were expressed by Fidelity‘s experts in their latest post [it was removed a few weeks later].

The coordinated monetary/fiscal response in the United States has reached 20% of the GDP, and it is likely to rise. These are war-time numbers. It is sensible since we are at war with an invisible enemy.

A lot needs to be done. But, so far, President Trump’s administration and the Fed show that they are ready, willing, and able to do what needs to be done. With the policy response in place, the next step is to get a peak in the growth of COVID-19 cases.

The United States has not yet reached its peak, but experts expect that the curve will flatten in two to three weeks, provided that social-distancing is implemented diligently.

The first-quarter earnings season starts in almost a week, and it is expected to be a turbulent one. The Q1 2020 earnings growth estimate for the S&P 500 Index (SPX) is now −6% (revised down from +1% in February).

The Dollar and Credit Spreads

The cross-currency basis swaps opened in a new window rise. Hopefully, these enhancements will prevail in the coming months as the Fed strives to back-stop the whole financial system.

What Next for Stocks?

The S&P 500 has now surged by almost 20% from its intraday low of 2,192 on March 23. That movement comes in line with the typical rallies after a momentum ‘crash’ low.

Part of the rally could be as a result of the aggressive policy response, and a part of it was likely due to month-end rebalances and short-covering.

But now that the rally has happened, experts from Fidelity expect that the sellers will return starting from this week. This move will put downward pressure on the risk assets once more. It is a predictable market move, but whether they will succeed or not will be a significant test for the market.

If this is an exhausted bear market, selling pressure will cause a retest of 2,300-2,400 as the breadth and price diverge from sentiment. However, if it is as strong as that in 2008, the 20% reprieve will become the first of many others as the prices sink lower.

What will the eventual recovery look like, and when will it happen? Will businesses have the ability to reopen if the lockdown drags on too long? Time will tell once the health crisis is contained. 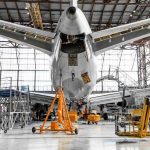