The big five tech companies or FAMGA (Facebook, Apple, Microsoft, Google, and Amazon) continue to show their intentions for market dominance as they leverage the financial might they possess through strategic acquisitions and investments.

Data acquired by Finbold indicates that the five companies’ financing of unique equity deals between 2019 and 2020 spiked by 69.78%, from $7.28 billion to $12.36 billion. Despite the staggering surge in funding, the number of deals remained 35 during the period.

Furthermore, big tech appears not to be swayed by the pandemic’s toll on the economy as they embarked on an acquisition spree. Between Q1 2020 and Q1 2020, the number of acquisitions surged 125%, with the last quarter of 2020 registering the highest figure at 14. However, between the same period, the number of investments dropped 60%.

The spike in equity deal investments emerged as the global economy battled the coronavirus-induced recession with businesses filing for bankruptcy. Apparently, the tech giants saw an opportunity backed by their profitability to expand their product offering. Amid the pandemic, the companies remained wildly profitable as they offered solutions and products to help people navigate the health crisis.

From a broader perspective, the investments show the big tech’s urge to capitalize on changing consumer behavior while expanding their reach to new markets. In recent quarters the overall investment and acquisition by the FAMGA were in companies powering the utilization of emerging technologies like AI, VR, supply chain, and cloud service as they enhanced their already existing product offering.

Additionally, there was a focus on entertainment and gaming companies that rose to prominence amid the coronavirus pandemic. In general, some of the acquired companies have shown the ability to stand the test of time. The acquisition can also be interpreted as the perfect plan to lay the ground for continued market dominance.

From Q1 2021, the big tech has been on an acquisition spree capitalizing on the economic meltdown. Notably, a research published back in 2009 shows that acquisitions made during great economic stress have more returns up to triple. Already, the companies have huge balance sheets, and the low-interest rates environment offers the perfect ground for finalizing deals.

As these companies lead the way in reshaping the global tech ecosystem, the acquisitions show they are also consolidating their power. The drop in investments over the same period can be linked to economic uncertainty as most businesses were uncertain about their prospects.

Interestingly, the acquisitions continued even as regulators ordered the tech companies to hand over information on their past take over of competitor firms. According to the Federal Trade Commission, the move is part of exploring how the firms have flexed their muscles in the market through acquisitions.

The acquisition and investment activity by the big tech has not avoided criticism. The expansion is forcing lawmakers, especially in the U.S. and Europe, to warn about the effects of concentration of power and suppressing competition. Notably, the companies have recorded an increase in antitrust lawsuits across Europe. 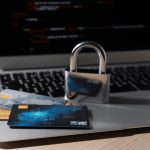