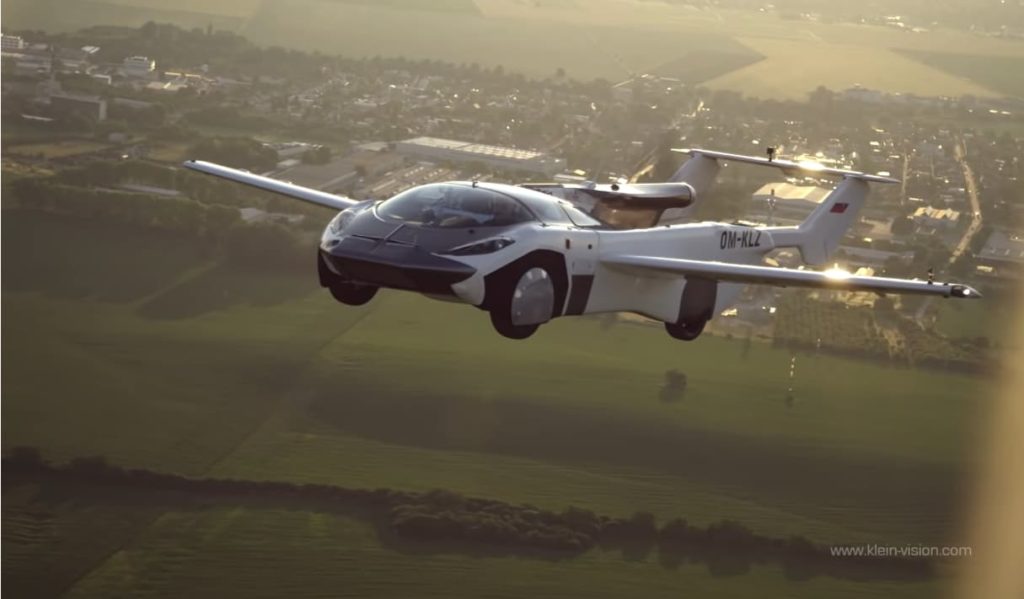 The hybrid car-aircraft called AirCar transforms from a car into an aircraft in just 2 minutes and 15 seconds. It can also revert back to a car by folding down the narrow wings along the sides.

The BMW-powered aircraft runs on regular petrol-pump fuel and can carry a combined weight of up to 200 kilograms, but unlike the drone taxi, another type of air vehicle that can take off and land vertically, the AirCar requires a runway to take off and land.

To date, the AirCar has registered 40 hours of test flights, which included steep 45 degree turns and stability and maneuverability tests. According to Anton Zajac, co-founder of Klein Vision, the company behind the vehicle, The vehicle is capable of flying about 1,000 kilometers at a height of 8,200 feet.

“AirCar is no longer just a proof of concept; flying at 8,200ft at a speed of 100kt, it has turned science fiction into a reality,” Zajac said in a statement.

Klein Vision said that the prototype took about two years to develop.

The vehicle reached a cruising speed of 170km/h on air. After landing in Bratislava at 6:05 AM, the aircraft transformed into a sports car in less than three minutes with a click of a button.

“This flight starts a new era of dual transportation vehicles. It opens a new category of transportation and returns the freedom originally attributed to cars back to the individual,” said Klein, who drove the car with Zajac to downtown Bratislava.

The flight, which was witnessed by invited reporters, made history as the first-ever inter-city flight of the flying car.

Watch the video below: The flying car completes first ever inter-city flight