Up to today, Bitcoin is still struggling to prove that it is a worthwhile and successful asset to invest in. Many believe that it is quite volatile to be considered as a long term investment. But, Nick Szabo, the developer of smart contracts, tweeted a graph showing that Bitcoin’s Risk-Adjusted Returns are much higher than other popular assets over at least four years.

According to Szabo’s tweet, there is a graph showing Bitcoin towering over Oil, Gold, Bonds, US Real Estate, US Stocks, and emerging currencies. The flagship token did much better than all these investments in terms of risk-adjusted returns using the Sharpe Ratio.

From the graph, it is evident that although Bitcoin is highly volatile with a higher risk, it performs better than the traditionally safer assets like Real Estate and Gold.

Volatility has had its benefits and drawbacks for Bitcoin. During its 2017 surge, investors discovered the benefits of holding onto their tokens as the prices surge. Then, during the bear market that followed in 2018, investors left the market as the low prices scared away most of them.

But, Szabo reveals that Bitcoin is a worthwhile investment over at least four years since the gains outweigh the volatility. Real estate and stocks are the only assets that come close to matching Bitcoin’s performance. But, they do not outperform it, even going back to the end of 2013.

One Twitter user asked about the effect of a recession on Szabo’s graph and its impact on Bitcoin’s price. Szabo said that the US Fed and other policymakers would not have the ability to predict what their interference would lead to. Many commentators think that Bitcoin would become the perfect hedge in the case of a recession.

On the other hand, some people think that Bitcoin is too risky to hedge against a financial crisis. But Szabo’s chart indicates that the risk would be worth the reward-driven by an expected fall down the Sharpe’s Ratio for the traditional assets. These traditional assets would be directly affected by Federal Monetary Policies. 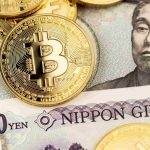