Former United States Congressman Ron Paul has said bitcoin is a form of money, and there should be legislative changes allowing the digital currency to compete with the Dollar.

Speaking to Kitco News, Ron said people should have the freedom to choose their preferred form of money, but he acknowledged that the idea is unlikely to be realized.

The former congressman notes that one of the government’s fears is witnessing bitcoin replace the dollar. However, he believes the Dollar will stay but will potentially drop in value.

He added that the government would likely introduce more laws to retain the Dollar’s status while limiting the use of cryptocurrencies in regular transactions. Notably, Ron attempted to introduce legislation aiming to get rid of tender laws.

“They won’t even allow you to replace the Dollar with a cryptocurrency. There will be laws against that, but I wanted to legalize it. I think our problem isn’t the technicalities of the gold standard or crypto. Our problems are the dependency on the government,” Ron added.

The former lawmaker states that people cannot make losses despite the Dollar losing its value, unlike bitcoin, although he considers the two to be money. Ron further faulted the current system of taxing profits made on bitcoin, maintaining that money cannot be taxed.

The bitcoin proponent adds that the debate on bitcoin’s status as money will rage for long.

Ron notes that as bitcoin poses a threat to the Dollar alongside strict regulations, governments might focus on precious metals like gold because they offer another investment avenue.

Ron states that investors should also be concerned about possible strict regulations around gold. Interestingly, a former Congressman notes that he also considers precious metals to be money.

Some jurisdictions led by China have already announced a crackdown on bitcoin. According to Chinese authorities, cryptocurrencies are a threat to financial stability.

Watch the video: Ron Paul: Bitcoin should be legalized as money, let it compete with Dollar 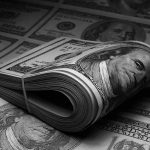